The coronavirus pandemic and the resulting lockdown sparked a lot of change for the UK’s biggest supermarkets as they adapted to the crisis. Big brands including Morrisons, Aldi, Asda, and Marks and Spencer started to sell food boxes which could be ordered online for home delivery, designed to help those who were shielding or unable to get to their local store. However, Aldi has stopped offering the service as life begins to get back to normal.

Aldi’s food parcel was one of the cheaper options on the market, selling for £24.99 including delivery.

Launched in April, it was also the first time that the supermarket had sold groceries online.

The food box contained 22 products including tinned soup, rice and pasta, as well as antibacterial handwash and a four-pack of toilet roll – items which were all quick to run out as shoppers stockpiled at the start of the pandemic.

The food boxes were popular with shoppers who didn’t want to risk heading to the shops as it gave them all the cupboard essentials to get by. 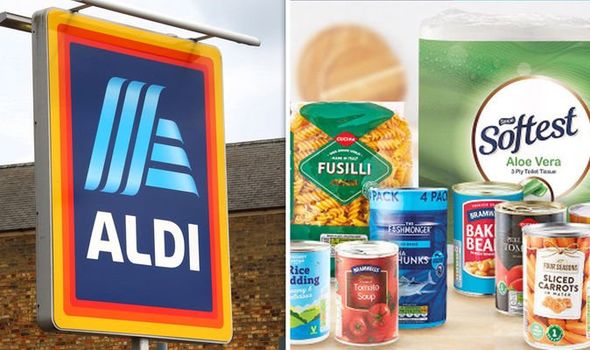 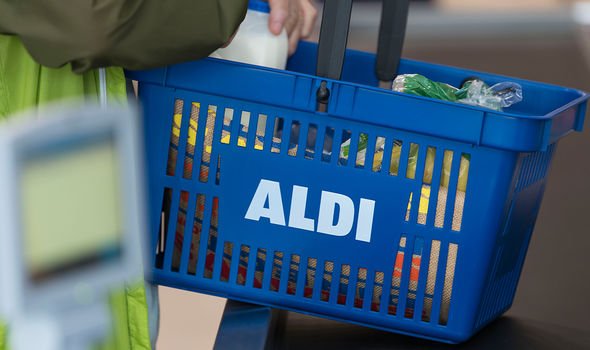 Other supermarkets were quick to expand on the trend after initially launching the parcels of “essential” goods.

Morrisons and Marks and Spencer are both now selling a variety of options, including barbecue boxes, vegan essentials and even craft beer selections.

But now that the lockdown is easing and rules are changing, more and more shoppers are going back to stores rather than relying on online deliveries.

The change in shopping habits has led Aldi to scrap the scheme as there’s no longer the surge in demand.

DON’T MISS:
Marks and Spencer launches first Cook With M&S Recipe Box for £32 [PICTURES]
Morrisons updates food boxes with change of contents – what you get [INSIGHT]
Asda food boxes are cheaper than ever with 31 items for just £25 [COMMENT]

It comes shortly after the supermarket dropped the price of the food box to only £9.99, making it half price – and even offering free delivery with a code.

The web page now instructs shoppers to go to stores instead.

However, while some shoppers may be disappointed by the end of the budget box, there are now other ways to order from Aldi online.

The store has been trialling a partnership with food delivery app, Deliveroo. 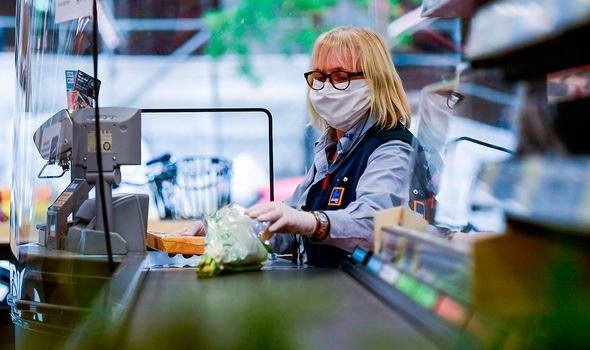 Initially launching the service in May, it’s now been rolled out to more stores so shoppers can order Aldi groceries in just a few swipes.

Around 200 essential products are available through the app, which are then delivered by Deliveroo’s network of riders.

The supermarket doubled the number of stores offering the on-demand service last month.

Aldi added another 11 stores, bringing the total number to 20 in England so far.

Most of the participating stores are in London, but it is slowly being rolled out around the country, with stores in Greater Manchester and Nottinghamshire now on board.

Richard Thornton, Communications Director at Aldi UK, said: “Even as many lockdown restrictions are lifted, we’re aware that there are still many people who are shielding and would like to shop at Aldi but can’t.

“In extending this trial further, we are making it even easier for thousands more people in different parts of the country to get hold of great quality food at Aldi’s unbeatable prices.”

The Aldi website states that more locations will be coming soon.