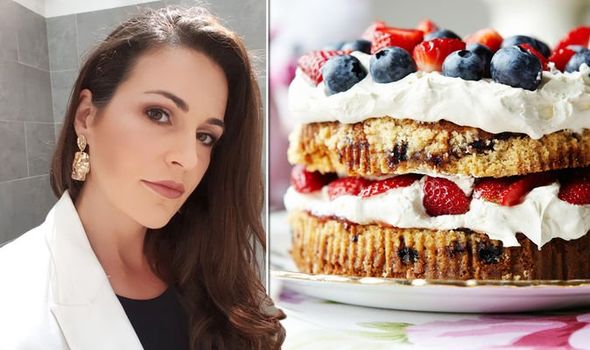 Sophie Faldo won The Great British Bake Off in 2017. The former army office was impressed with bakes including a playable snakes and ladders board game made from biscuits.

Sophie told Express.co.uk: “The number one mistake is they don’t let the cake cool before they ice it.

“Whenever someone makes a bake that’s a disaster, that’s probably what happened.”

Of course, this happens frequently in the show, as bakers are timed.

The winner’s impressive wedding cakes and dessert spreads show off the best of her baking skills.

What other baking mistakes can destroy your efforts?

Baking is a science so making sure to get measurements right is key.

Use a pair of scales to get it right. In fact, Sophie disclosed her kitchen essentials for amazing cakes.

She detailed her number one baking essential, and said: “I would probably say a good pair of scales.”

Sophie told Express.co.uk scales are important to her as she hates baking with volume-based recipes.

She said: “I would never ever, ever do – and I hate them with a passion – recipes that are based on volume, that are done by cups.

“It doesn’t work. You’ve got to do everything by weight, there is too much variation in a cup.”

Opening the oven too often

While it’s tempting to check on your bake, constantly opening and closing the oven door will lower the temperature of your oven.

This could lead to an underbaked treat.

Forgetting to preheat the oven

It is important to preheat the oven before you even begin mixing your batter.

Leaving mixed batter out to sit for too long can push the air out of it.

This will result in less fluffy cakes.

Sophie also detailed her secret to perfect a lemon drizzle cake and her carrot cake tips.

When it comes to a lemon drizzle cake, it is a simple loaf cake topped with a sour, lemon flavoured sauce, aka “drizzle”.

She said: “It’s quite difficult to put that much flavour into a sponge because it can have a real effect on the texture.

“That’s why you can only really put the zest in the sponge, really, and then infuse as much of the flavour as you can in the syrup.”