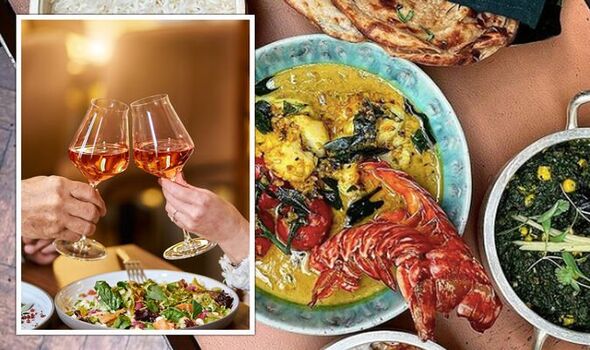 More than one million members of the British public voted for the winner. According to British Restaurant Awards, it is the biggest award in the food and drink calendar representing restaurants nationwide.

Kutir, which serves modern Indian cuisine in Chelsea, London, was voted Restaurant of the Year 2022.

“Inspired by India’s vast and rich heritage and wildlife, Kutir offers diners the opportunity to enjoy traditional flavours in refined dishes alongside cocktails and a wine list full of rare finds.

Kutir pays homage to India’s rich heritage and wildlife – with a modern menu inspired by the history and splendour of this magnificent part of the world.

Step into Kutir and we will transport you to a time of magnificent wildlife, abundant forestry and deep human connection.

It prides itself on being a place for “escape and discovery”, and is definitely somewhere for Londoners to check out for a special culinary adventure.

However, as is to be expected by the best restaurant in Britain, it is rather expensive.

A Chicken Tikka Masala and a side of steamed rice will set customers back £25.

In a statement regarding his win, he said: “The British Restaurant Awards is the single most important awards show in the food and drinks industry here in the UK and it is an honour to be honoured for all my year’s in the culinary business.

“I would like to thank the BRA Team and everyone who continues to support everything I do.”

Non-Londoners, there were more incredibly restaurants awarded across Britain.

Gaucho Manchester was deemed Best Restaurant in Manchester, while Lerpwl received the equivalent award in Liverpool.

Brohmon was voted the bes Essex had to offer, and up in Newcastle, Aveika.

Those in Southhampton should check out Blue Jasmine and visitors to Birmingham, Piccolino Birmingham.

Full list of winners for the British Restaurant Awards 2022

Restaurant of the Year: Kutir, London

Best Restaurant in Brighton: The Ivy in the Lanes