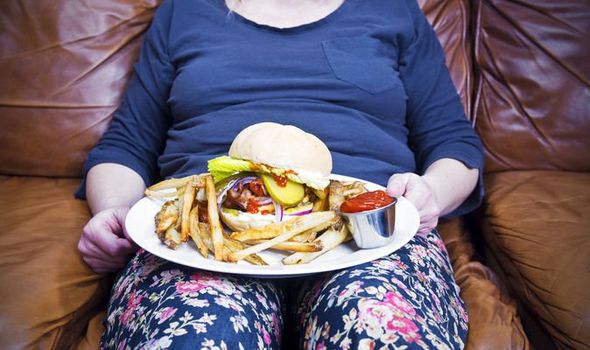 Baked beans and rice, milkshake and fries, as well as banana and bacon also made the top 50 strange pairings enjoyed by Brits. Other unusual combinations include pasta sandwiches, apple and bacon on toast, and butter and sugar sandwiches. Tea and coffee in the same cup is also favoured by some, as is lettuce in a sugar and vinegar dressing, and chicken with marmalade.

Commissioned by Ocado, which has joined forces with Marks & Spencer to make its full range available online at ocado.com, the study also found 27 percent of adults have created a weird food combo of their own.

To celebrate its partnership, Ocado has teamed up with food flavour expert and author of The Flavour Thesaurus, Niki Segnit, to reveal her perfect pairings.

They feature everyday ingredients like chicken, salmon, spinach, pears and Cheddar cheese – and it’s hoped they’ll inspire those who might be bored of eating the same dishes week-in week-out.

Niki Segnit said: “Everyone knows the traditional food combinations like bangers and mash, or fish with chips.

“But have you ever tried coffee and orange, or spinach and strawberry?

“There are many wonderful matches to be discovered, and you don’t need a PhD in molecular gastronomy to start experimenting.

“Interesting and unusual flavour matches can be made with common store-cupboard ingredients, like cheese and marmalade, or chocolate and aubergine.”

The flavour expert also recommends chicken and banana or salmon and caramel, along with cheddar and marmalade, and steak with coffee.

Not forgetting chocolate and mustard, butternut squash and nutmeg, and chicken with grapes.

She added: “Part of my job is to discover classic, interesting and occasionally bizarre ingredient matches, understand where they come from and why they work.

“So that people can feel inspired to try new ways to cook foods they love or have at home in abundance.”

The study also found 45 percent of those surveyed through OnePoll don’t tend to follow the rules when it comes to which foods work well with each other.

While four in 10 said they are experimental when it comes to putting different ingredients together.

In fact, a third revealed they have been especially innovative with their cooking in recent months due to food shortages.

But despite their apparent willingness to try weird and wonderful food pairings, 44 per cent described themselves as picky eaters.

On this note they revealed the well-established combos they consider to be most controversial with ice cream and fries, battered Mars Bars, and ketchup with a roast dinner in the top three.

Lisa McDowell, the head of brand marketing at Ocado, said: “Clearly we all have our own tastes and preferences, so if you’ve found a food combo you love, stick with it!

“We hope Niki’s novel pairings will empower cooks to discover the many food and flavour combinations, and to look at the contents of their fridge and store-cupboard with a fresh pair of eyes.”