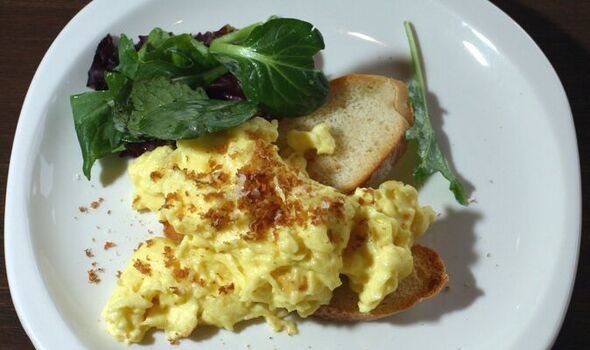 Since working from home, three in ten have spent more time preparing and eating the first meal of the day than they ever did before.

And 57 percent have swapped out “boring” dishes for something exciting.

But over two-thirds (68 percent) want to continue their new breakfast habits now that life is becoming busy again.

It also emerged the meals worth getting out of bed for include bacon sandwiches, loaded bagels, and other cooked options like scrambled eggs or a full fry-up.

The study, commissioned by New York Bakery Co., found 48 percent think eating breakfast at home has become more important than it was pre-pandemic.

Reasons for this included spending quality time at home becoming the norm (39 percent), and having time for a heartier breakfast (37 percent).

And for 27 percent, making time for the first meal of the day meant it stopped them logging on for work too early.

Rhiannon Heap, for New York Bakery Co., said: “As mornings are getting busier once again, from commuting, to the school run, Brits haven’t forgotten how important eating a hearty breakfast is.

“Our research shows that a quarter go as far as saying it’s the most enjoyable part of their day.”

The study also found 60 percent of breakfast eaters dine at home, while one in ten (11 percent) wait until they’re at their place of work.

But three in ten would rather get up earlier in the morning to ensure they can have a fulfilling and nutritious meal.

And while 27 percent eat the same thing for breakfast five days a week, weekends are a different experience, according to 78 percent.

This is due to having extra time on Saturdays and Sundays (26 percent), feeling more relaxed (23 percent), and feeling like it’s an occasion (18 percent).

Similarly, a fifth of those polled, via OnePoll, said their family enjoy eating the first meal of the day together – and for almost one in four (23 percent), weekend breakfasts are an “event”.

And the most popular breakfast bagel toppings were found to be cream cheese (22 percent), butter (22 percent), and cheese (18 percent).

Broadcaster and self-confessed breakfast lover, Miquita Oliver, who has teamed up with New York Bakery Co., said: “Everyone knows breakfast is such an important meal.

Rhiannon Heap added: “A proper breakfast can mean the difference between a good and a bad day.

“We know that breakfast needs to be done right, and believe our bagels are an ideal option for anyone looking for an exciting breakfast mid-week and at the weekend – whether it’s at home, in the office, or somewhere in-between.”