Maimie McCoy, 41 may be best known for her performance in ITV’s Van der Valk, but today she was on screen with Holly Willoughby, 39, and Phillip Schofield, 58, on This Morning. The actress appeared on a video link from her kitchen to reveal her special party cake recipe. Maimie showed viewers how to make the delicious “chochie mochie” cake at home.

The chochie mochie party cake gets its name from McCoy’s daughter, who said the funny phrase when she was baking with her mum at a young age.

Maimie admitted to the This Morning presenters that baking was her plan B in case acting didn’t work out, as she comes from a family of restaurateurs.

Maimie grew up in a family restaurant, and she said her great-grandad was a baker too.

The Van der Valk actress, who plays Lucienne in the series, revealed that she set up a business doing afternoon tea parties earlier on in her career. 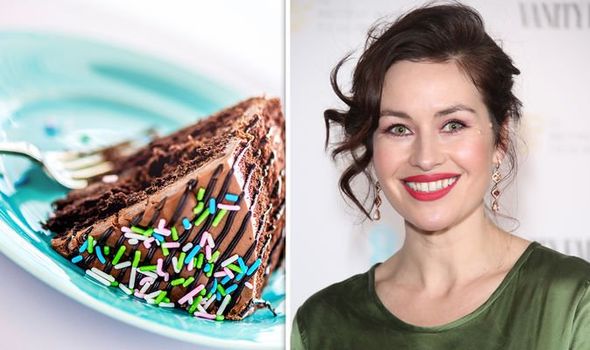 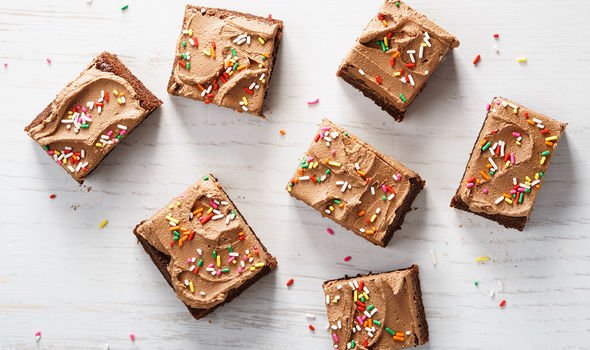 However, Maimie said the business had evolved now that she’s doing a lot more on screen and she now just bakes party cakes – including the chochie mochie cake.

Quickly revealing how to make her signature recipe, Maimie explained that she likes to use Dutch processed cocoa for a richer flavour.

The Yorkshire-born star warned not to over mix the cake and to have a light hand, saying that overdoing it is the “death of cake”.

Mixing it all together, she said it may be runnier than you’re used to seeing if you bake regularly, but not to be alarmed.

Maimie also said it’s important to tap the bubbles out before it goes in the oven, as it can get a lot of air in it.

McCoy said she often makes the cake as a traybake in a 13 x 9 inch tin, but for smaller bakes she recommended using a six by six inch square cake tin.

The star had sent a taster to Holly and Phil in the studio, and they tucked in while she continued to demonstrate how to decorate the cake with lots of icing and sprinkles.

The happy presenters agreed with The Musketeers actress that the cake itself isn’t too sweet, making it the perfect balance with all the buttercream. 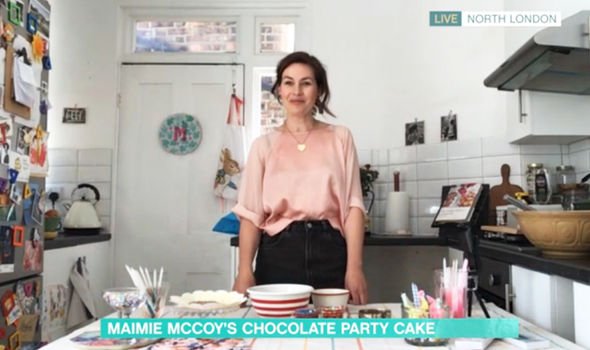 Here’s how to make the cake, which Phillip described as “amazing” as he asked her to bake them more treats.

Serves: As many as you want

Sprinkles to decorate (any you choose) 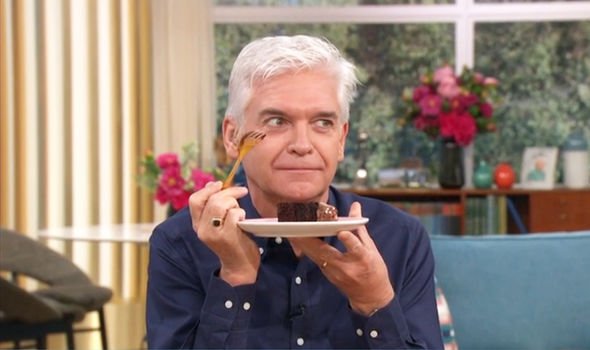 Preheat the oven to 170C. Put all the dry ingredients together in a bowl.

Whisk the eggs, vanilla and oil in a separate bowl until creamy (around 30 seconds).

Gently warm the milk and then whisk into the cake mix until it’s lump free. Don’t overmix.

Pour the cake mix into a parchment lined tin and tap the bottom to release the air bubbles.

Put the cake in the oven for around 35-40 minutes, until the skewer comes out clean. Let the cake cool.

Next the icing – bag it up and pipe it and slather it all over the cake for a more rustic finish.

Sprinkle to your heart’s content using any sprinkles you can lay your hands on.

Add assorted candles. Scoff, and eat the next day for breakfast.

The recipe is available on the This Morning website here.