Masterchef star John Torode has been a regular on This Morning in recent weeks, video calling Holly Willoughby and Phillip Schofield from his home in London as the coronavirus continues. The top chef has been sharing his favourite recipes, but today he revealed his top tip for cooking the nation’s favourite – a perfect soft boiled egg.

Getting a soft boiled egg right every time is tricky as it’s all in the timing, and you won’t know that you’ve done it correctly until you flip off the top for the big reveal.

However, Torode has learned how to make sure your boiled egg is soft every single time, so you can dip your bread soldiers in for a wholesome breakfast.

The celebrity chef said your first boiled egg hack is to make sure you boil the water first.

Never put the egg into cold or warm water and then wait for it to boil – you must get the water bubbling before the egg goes in. 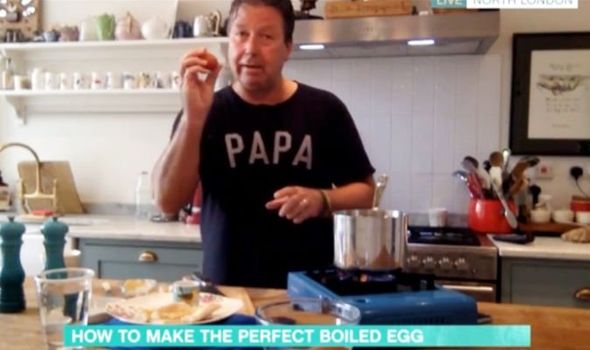 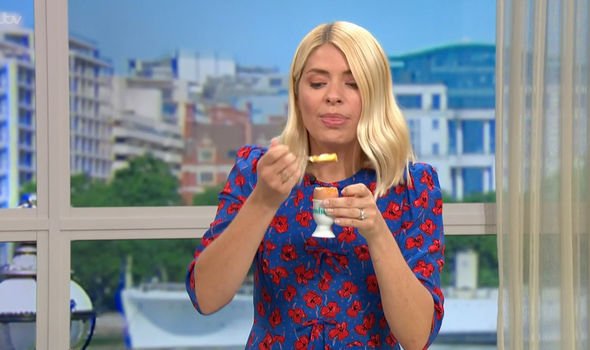 Temperature is key for the egg itself, too; John recommends you start with an egg at room temperature, not one that’s been kept in the fridge, as otherwise it’ll affect the cooking times.

Next, John gave the all important timings for the perfect egg – and it turns out it’s all to do with the size.

Eggs can be bought in different sizes in the supermarket, so if you have a large egg, you will need to cook it for five and a half minutes.

You can use an egg timer or your stopwatch on your phone to make sure your cooking times are accurate – any longer and you will end up with a hard boiled egg, with a hard cooked yolk.

The next step once those five or five and a half minutes are up is to plunge the egg into cold water.

Don’t worry about losing the heat – your egg will stay hot in the middle for up to ten minutes so you can still enjoy a hot breakfast.

John told viewers to leave the egg in the cold water for a minute or two. This should help it to stop cooking further so that the yolk stays nice and soft.

You can then whip the top off with your spoon and you should have a perfectly formed soft boiled egg. 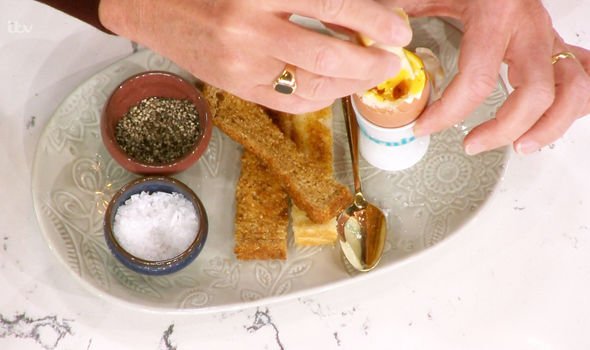 However, he then shocked Phillip and Holly as he said for him, the ideal soft boiled egg is all about the topping.

John puts a scoop of butter into his egg as well as pepper, much to Phillip’s horror. The presenter said the studio were aghast at the idea and had someone in his ear saying it’s “outrageous”.

Holly said she likes to add white pepper to her eggs, something her dad taught her to do.

The daytime show hosts even ran a poll to see what viewers thought of John’s unusual serving suggestion. 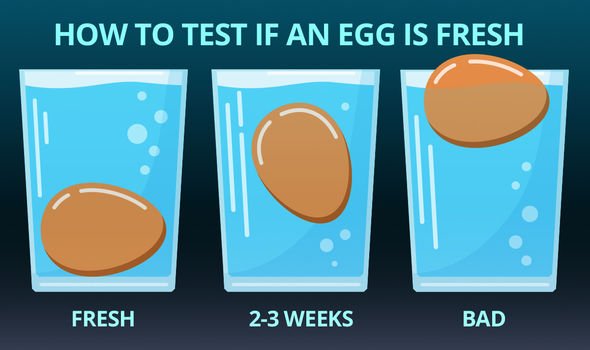 When they came back from the break, they revealed that 75% of viewers ticked “Why would you?” while 25% were in agreement that butter should be added before you dip your bread soldiers into the egg.

Before cooking up the eggs, John also explained how to check an egg is fresh enough to eat, showing viewers the water trick.

He placed the egg in a glass of water, where it sank to the bottom, which means it’s a fresh egg and fine to eat.

If the egg floats, it means it’s gone off and is best not to be eaten.