Black pudding is made out of animal blood – but it is worth remembering that much processed meat is made from unusual animal parts. The dish was first made and eaten as a way to use up the by-product of pig’s blood, an ingredient available in almost limitless supply. The blood is usually mixed with fat and oatmeal, before being packed into sausage casings.

How to cook slices of black pudding

There are several different ways to cook a black pudding, with most people preferring to eat it warm.

Frying a black pudding according to Bury Black Puddings 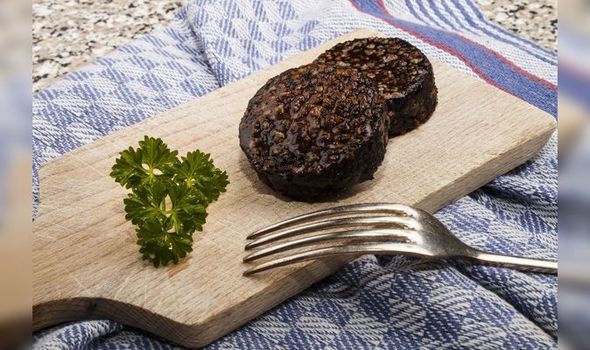 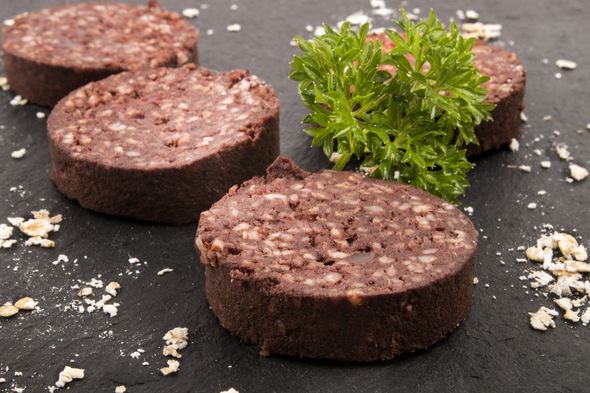 To simmer in water:

To microwave, follow the above steps of removing all packaging and put the slices into the microwave for 60 to 90 seconds on full power. 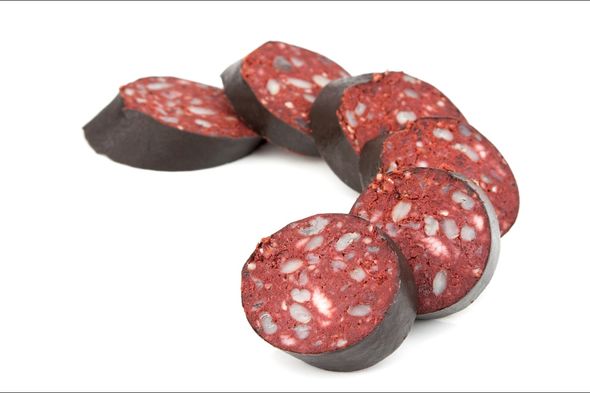 Black Pudding does have some nutritional benefits, but like a lot of foods, it should not be consumed in excess.

Dietician Emer Delaney told BBC Good Food: “Black pudding does have some benefits. It’s a source of protein, which can keep you feeling fuller for longer.

“It also contains 2g to 3g of salt per 100g, which significantly contributes to the recommendations of less than 6g a day. 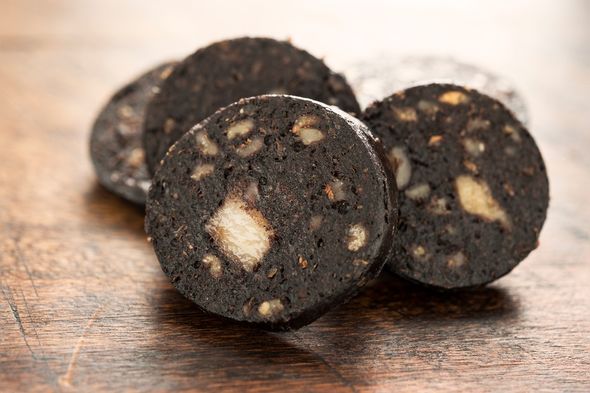 “Baking rather than frying it would be the healthier option.”

Black Pudding returned to the spotlight in 2016 after the website Muscle Foods said it ranked as a superfood.

Other superfoods include kale, broccoli and spinach. This term does not imply that a food is ‘super’ healthy, but that it is rich in antioxidants.

However, there is no medical or scientific evidence to reinforce superfoods.

Mr Delaney added: “We all need to be a little careful of the term ‘superfood’ as it’s quite a dubious term – it doesn’t actually mean foods are healthy.

“Using it in line with fruit and vegetables will heighten awareness, so that’s beneficial. However, I would be careful using it in conjunction with black pudding.”