Lasagne technically refers to the type of pasta, the wide and flat variety, that is used in the recipe but the term now commonly refers to the dish as a whole. The pasta used to make lasagne is among the oldest types – the dish originated in Italy during the Middle Ages and has traditionally been ascribed to the city of Naples.

How to make lasagne white sauce

Lasagne is made with stacked layers of flat pasta.

Placed above and below the pasta sheets are varying sauces made with either vegetables or meat, as well as cheeses like parmesan and ricotta.

These are seasoned with spices and herbs, for example, basil and oregano.

The top layer of the lasagne is often topped with mozzarella cheese.

The dish is typically baked in the oven after it’s assembled, then served in slices. 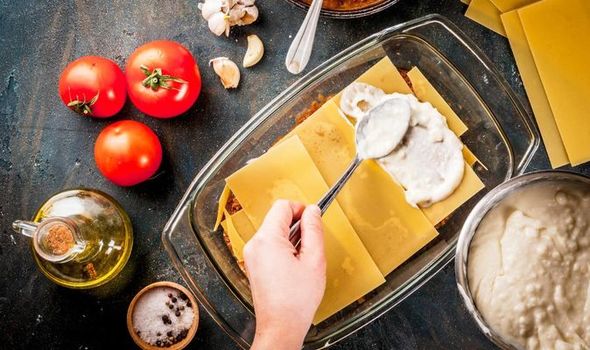 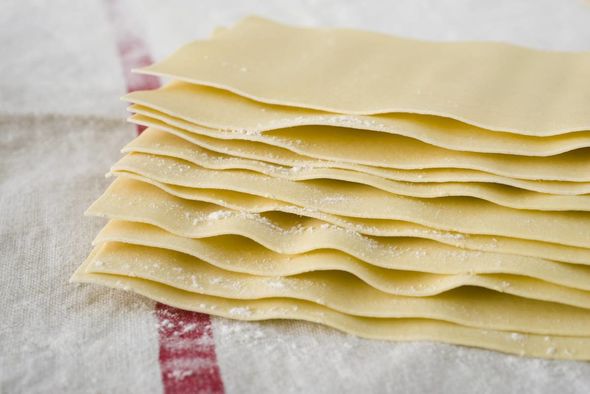 The white sauce in lasagne is known as bechamel.

As well as complementing the layered pasta dish perfectly, it combines well with cauliflower for cauliflower cheese.

For the first one you will need:

Melt the butter in a saucepan, then add the flour and cook over the heat for one minute.

Gradually add the hot milk while whisking the mixture until it thickens. Finally, add the Dijon mustard and parmesan cheese and season well with salt and pepper. 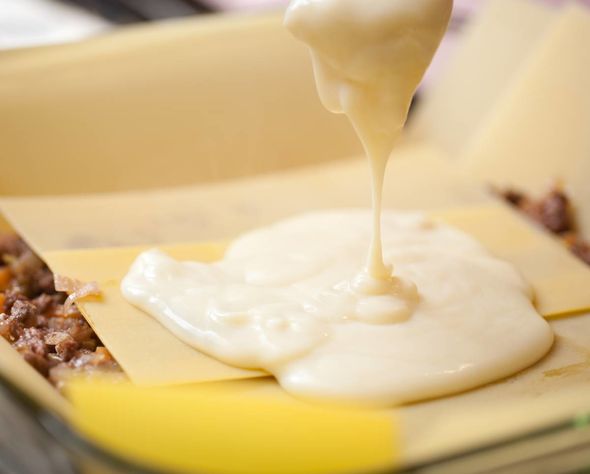 DON’T MISS:
Whitbread forced to apologise after adding PORK to beef lasagne
Pasta recipe: How to make your own pasta
Mamma mia! Horrified woman ‘discovers’ TOOTH in her Waitrose lasagne

Bring the whole to the boil gently in a small saucepan with 1 halved onion, studded with the bay leaf and two cloves.

Turn off the heat and leave to infuse for 20 mins.

Melt the butter in a separate saucepan, then add the flour. 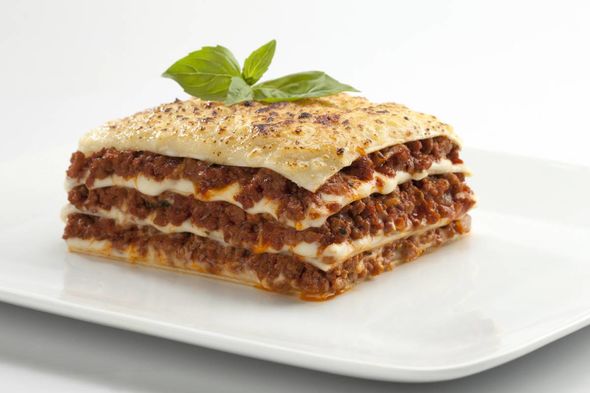 Remove the onion, bay and cloves from the milk with a slotted spoon and discard.

Add the infused milk to the mixture gradually, stirring as you go, until you get a smooth sauce.

Cook for five to 10 minutess, stirring continuously until the sauce has thickened then season it to taste.