Jamie Oliver is well known for sharing various recipes with the nation. He has previously revealed the “most basic” recipe to make bread at home. 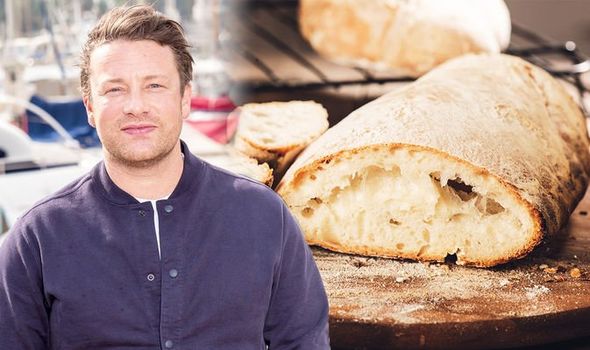 Jamie began by getting a large bowl and filling it with warm water.

The chef said: “There’s thousands of bread recipes out there with different flours, some have fresh yeast, some have dried yeast, some have no yeast and there’s so much choice. But I want to give you the most basic one.

“First of all, get 650ml of tepid water, that means warmish.

“We’re going to put that into a large bowl and add one sachet of dried yeast.”

Next, the cooking legend mixed the two ingredients with a fork for a couple of minutes.

He explained the mixture is ready when bubbles start to appear in it.

For those who don’t have yeast to hand, Jamie stated the water could be mixed just with flour to make a flatbread.

When making a loaf, however, the chef then added strong flour to the mixed water.

“Next, we’ve got one kilogram of strong flour that we’re going to add into this water,” he continued. 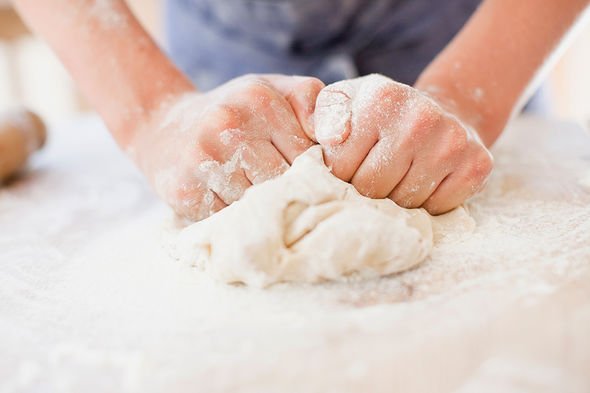 “I’ll add most of the kilo, holding just a little bit back and I’ll simply mix it up with a fork. I’m going to add a pinch of salt and you can then use your hands [to mix].

“If you get sticky hands just take some of that flour and dust your hands down and move it around to clean the side of the bowl.”

Jamie could then be seen combining the ingredients together by hand until a dough was formed.

The chef then removed the dough from the bowl and began to knead and stretch the mixture.

Once thoroughly mixed, he put his hands underneath the dough to create a ball. 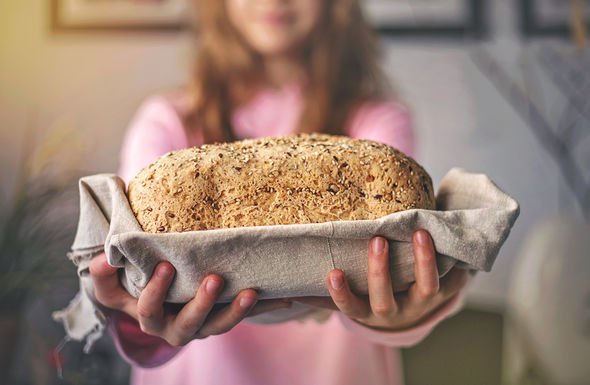 This was then covered with a damp cloth and left for 60 to 90 minutes.

Jamie continued: “We now want to knock it back so we’ll do that by punching it and you’ll see it collapse. Once you’ve knocked it back you can take it out and give another short knead.

“This should make two rustic loaves so I’ll slice this in half and get a regular tray and give it a little dust.

“We will let that prove again for half an hour to an hour.”

The two dough balls can then be put into the oven at 180C for roughly 35 minutes.