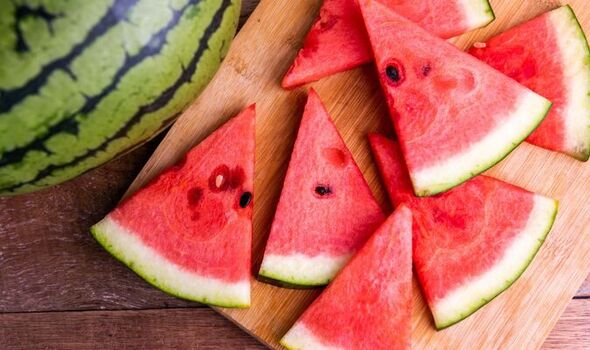 The customer says she was shopping in the budget store when her partner picked up the fruit thinking it was £1.19. But it was only when they later checked the receipt at home that they realised that had been the price per kilogram, so with the weight of theirs – 3.5kg – it came to a whopping £4.20, Manchester Evening News reports.

“My partner thought it was £1.19 (obviously didn’t look at the actual price by weight). He could eat a watermelon in a day…. It’s staying as a decoration for that price!!!”

Dozens of people commented on the post, with many saying that Lidl was one of few retailers selling the fruit by weight. Others said they too had fallen victim after not reading the per kg signs properly.

“I have been caught out in Lidl before on other fresh produce, a pumpkin, charging by weight not by item,” said one.

“As it was a big shop I didn’t realise until I got home, never again.”

“I did this too, didn’t read the sign properly and it cost me just under a fiver,” said another.

Some shoppers said the price of melons has shot up everywhere, with one sharing a photo they took of Asda’s watermelons priced at £7 each and another saying they’d seen them for £6.99 in Costco.

It comes just days after shoppers were left horrified when the eye-watering price of Lurpak shot up to £5 in Iceland. And it was only last week when fruit and vegetables hit the headlines after one shopper admitted to chopping off his broccoli stalks in a supermarket to save cash.

Annoyed by the size of the stalks, he took out a pen knife to cut them off, saying it was ‘a waste of money’. But rather than being impressed with his deed, hundreds of shoppers responded, with many saying ‘you should eat the stalks’ and others saying you shouldn’t tamper with fresh produce in store – especially using your own knife.

The Manchester Evening News has approached Lidl for a comment.