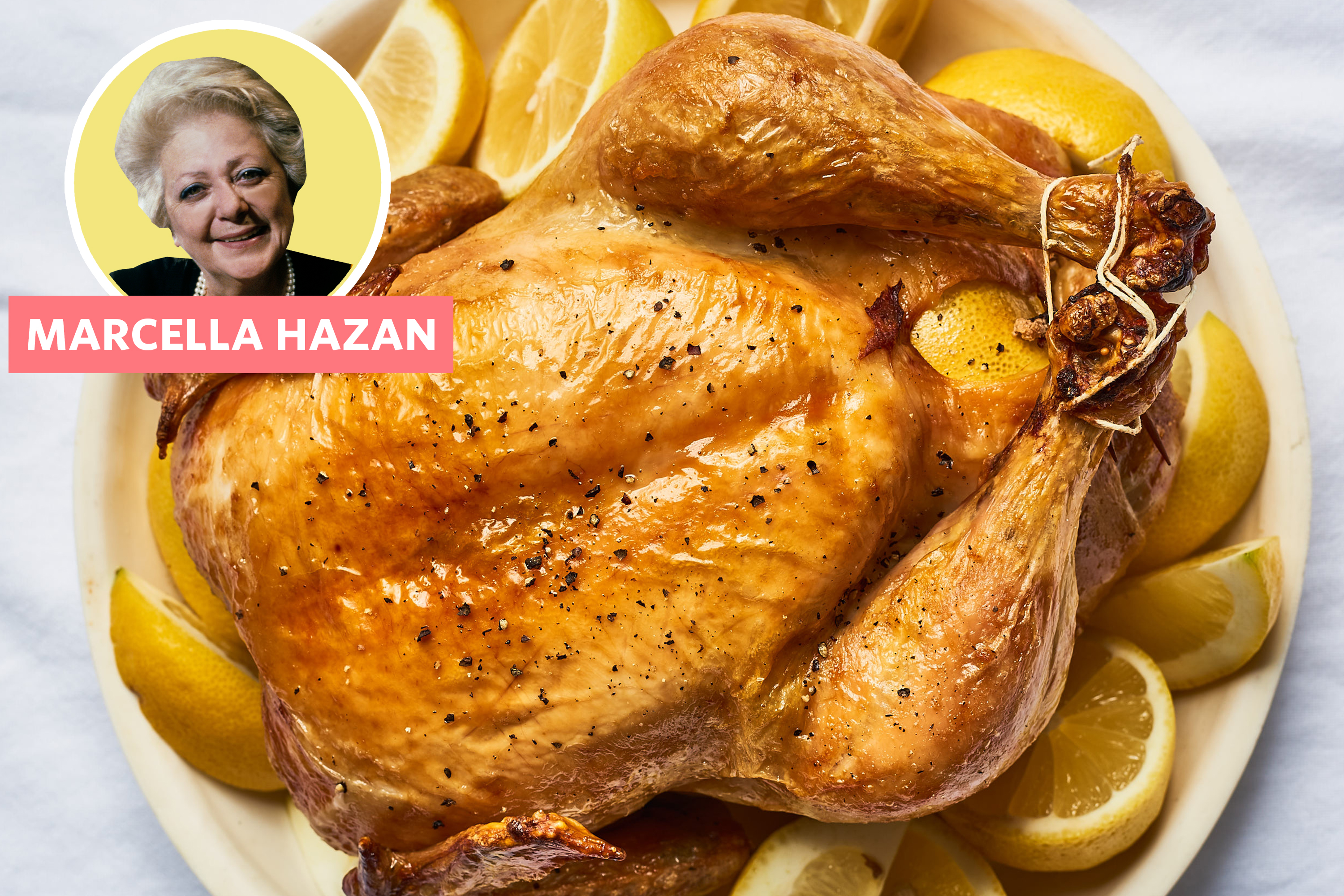 Marcella Hazan is most well-known for her classic tome on classic Italian cooking and, of particular note, her tomato sauce. Less well-known, although no less loved by many, is her recipe for roast chicken stuffed with lemons. Besides its simplicity, it also has quite the colorful decades-old backstory. As NPR explains:

And if that’s not enough to sell you on this recipe, then I’m not sure what is. Here was my first attempt at making it in the kitchen.

Get the recipe: Marcella Hazan’s Roast Chicken with Lemons

Hazan’s recipe starts by washing and thoroughly drying the chicken, then seasoning it all over, inside and out, with salt and pepper. She instructs you to puncture a couple of small lemons about 20 times with a toothpick, and place the fruit in the bird’s cavity, which gets closed with toothpicks (or a trussing needle and string), and the legs are tied together. The chicken is cooked in a 350°F oven, starting breast-side down, then flipping it over 30 minutes into cooking, and the temperature is increased to 400°F for the final 20 minutes of cooking.

What I Thought of the Results

If I could flavor roast chicken with just one extra thing (beyond salt and pepper), it would be lemon. And this chicken absolutely delivered on that front. I appreciated Hazan’s quirky step of piercing a whole lemon many times with a toothpick, rather than halving or quartering it. It’s hard to say if it infused more citrusy aroma into the chicken, but it certainly wasn’t less.

I’m usually skeptical of roast chicken recipes that call for flipping the bird during cooking because, in my experience, more times than not the skin has a tendency to stick to the pan. Unfortunately, such was the case with this recipe — which was the only downside. 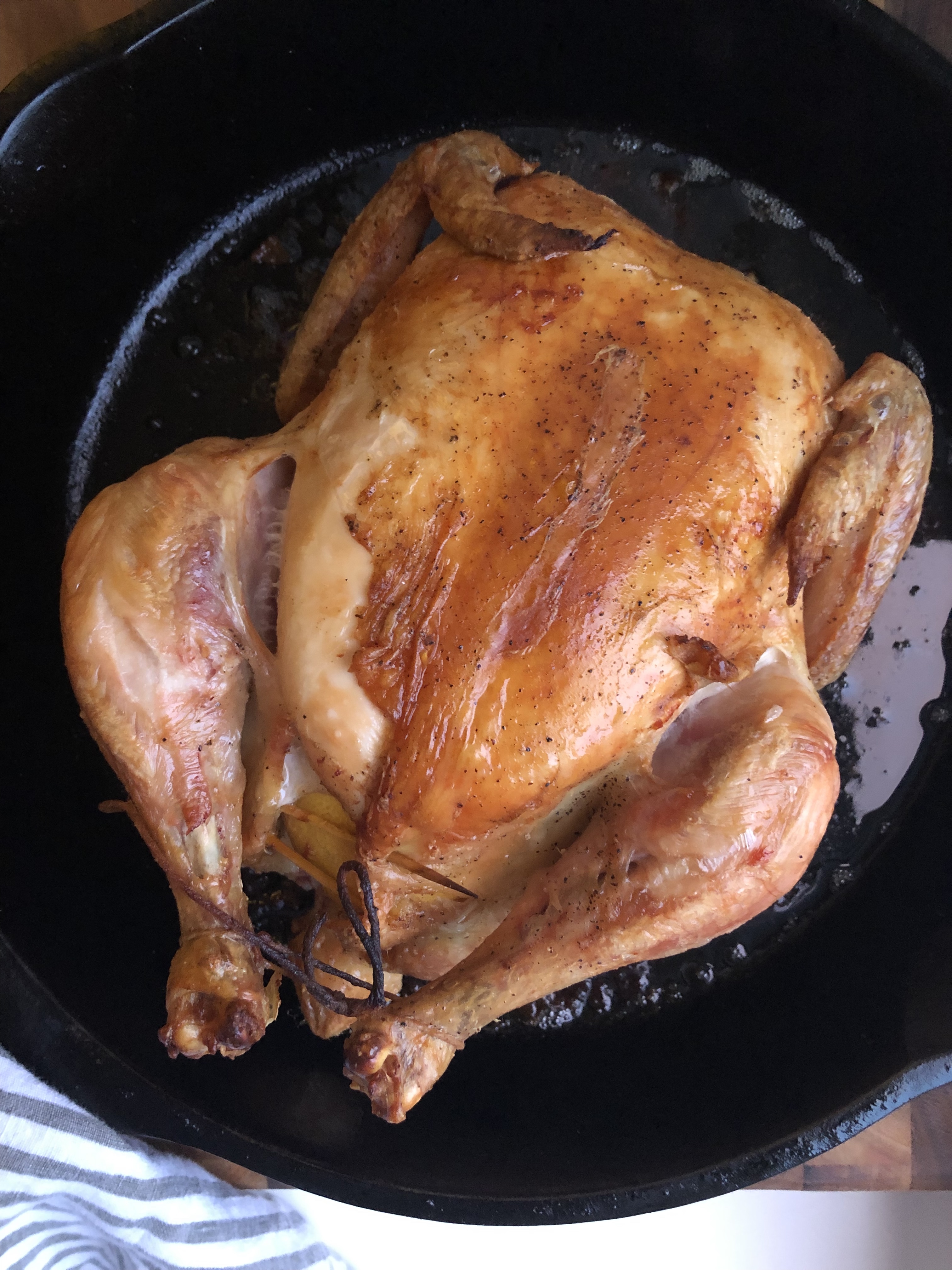 1. You can skip washing the chicken, as she suggests. While this is a practice encouraged by many chefs and cookbook authors, it can actually do more harm than good by potentially spreading bacteria to your sink, countertops, and other surfaces. Skip the washing, but do make sure to thoroughly dry the chicken.

4. Close the cavity with a couple of toothpicks. Hazan offers two suggestions for closing the chicken’s cavity before cooking: toothpicks or a trussing needle and string. The obvious choice here is toothpicks, which is so smart and considerably easier. In fact, it’s a smart tip you should use with all roast chicken recipes.

There is no question that this chicken is delicious, with just the right amount of subtle, bright lemony flavor infused throughout the meat. However, despite Hazan’s assurance that the chicken won’t stick to the pan, I had this very issue, with both sides of the chicken sticking to the pan. I also found flipping the bird and changing the oven temperature to be overly fussy.

Get the recipe: Marcella Hazan’s Roast Chicken with Lemons