Aldi recalls popular product due to health fears – ‘do not eat’ 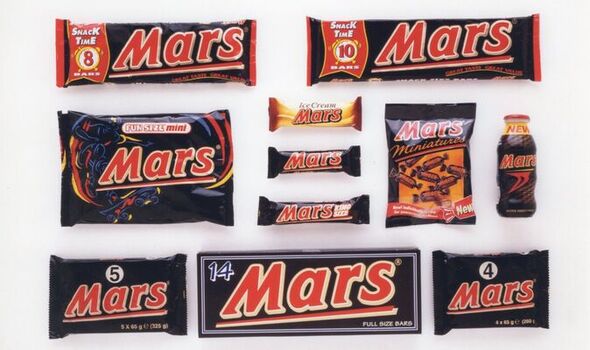 More than 30 billion Mars bars have been sold since it was launched in 1932, after being created by American businessman Forrest Edward Mars Sr.

The caramel and nougat bar, which is coated in milk chocolate, was advertised with the popular slogan, “A Mars a day helps you work, rest and play”.

Churning out nearly three million bars a day, the brand was also a sweet treat for the UK troops to enjoy during World War II.

While many factories were forced to suspend their normal operations, Mars was permitted to continue to produce its chocolate bars, with the aim to get a bar into every soldier’s knapsack.

The new archive photos come after a poll of 2,000 adults found they will each consume an average of nearly 10,000 chocolate bars over their lifetime.

Kerry Cavanaugh, a spokesman for Mars Wrigley UK, said: “Slough gave the world the Mars Bar, which has become an icon, and part of everyday British life.

“As we celebrate our 90th anniversary, it’s exciting to look back at our chocolate history and see how our brands continue to be the UK’s favourite treats today.” 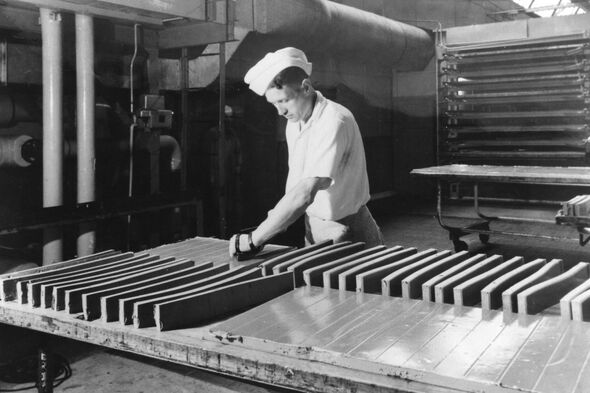 The study also found over half (53 percent) of those who eat chocolate have a favourite bar, with 60 percent claiming it’s the same one they had as a child.

And a third of chocolate lovers can even still remember the first bar they ever had.

But it does seem taste buds have matured with age – as 47 percent of those with a sweet tooth now like more “grown-up” types of chocolate, such as dark or vegan.

But nearly half (47 percent) will typically stick to the more traditional bars, as opposed to trying a new release.

When quizzed on their favourite type, milk takes the win for two-thirds (67 percent) of those polled, with only four percent choosing white – and a quarter say they are fans of the darker flavour.

A third love the orange flavour, and 34 percent are mad for mint, according to the OnePoll study. 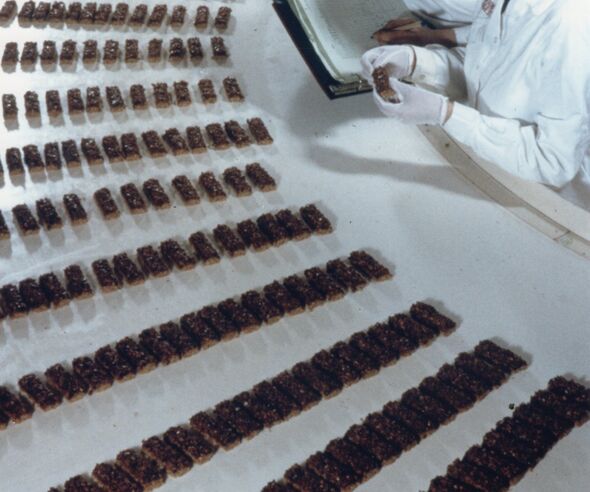 When it comes to the great fridge debate, half of chocolate fans think it should always be kept cold, while a third (34 percent) reckon it should live elsewhere.

It also emerged caramel (36 percent), hazelnuts (31 percent), and fudge (25 percent) are the key components of a chocolate bar.

And getting a bar after school as a treat (37 percent), or tucking into one after a hard day at work (27 percent), are the top memories associated with a chocolate bar.

Kerry Cavanaugh added: “It’s brilliant hearing what the nation’s chocolate lovers prefer when it comes to their bars.

“There’s always such a debate about what the best type is, or whether people should keep it in the fridge or not – and we hope this helps to settle the debate.

“Chocolate is a much-loved treat across the country, so it’s been fantastic commissioning this research to celebrate 90 years of Mars.”