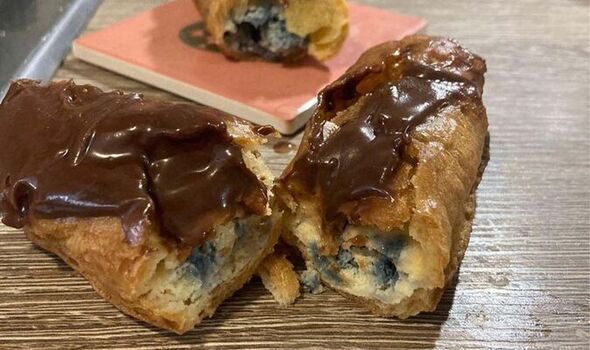 Kelly Carr bought a chocolate eclair from Morrisons, in Ampthill Road, Bedford, for her daughter Lana-Reid last Wednesday (July 27) – only to find it full of mould, she claims. The 42-year-old forensic nurse, from Bedford, says the eclairs looked fine from the outside, but it was a completely different picture inside. 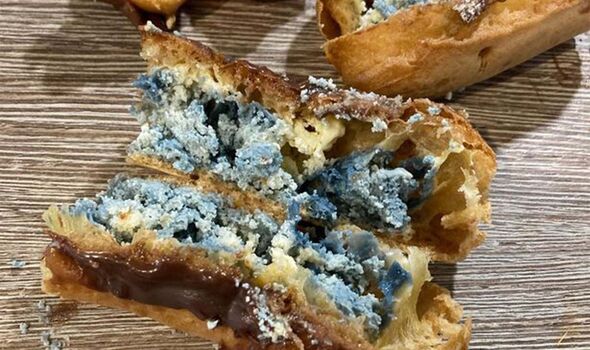 Although consumed a day out-of-date, Carr was disgusted and appalled when her daughter bit into one of them and was forced to vomit in her kitchen sink due to the taste.

Speaking to BedfordshireLive, Kelly said: “I am so utterly disgusted right now. I bought a pack of eclairs yesterday for my daughter to eat, put them in the fridge to get out today and it is actually blue. It’s not even mouldy, it’s full on blue cheese. It’s disgusting.

“They did go out of date yesterday, but they were in the fridge. That looks like that has been rotting on a shelf for a week.” After her daughter had vomited after biting into the “blue” éclairs, Kelly sent off email but claims that Morrisons has done “nothing about it” as of yet.

She added: “I have emailed everybody I know who would put that out. I have emailed Morrisons, but I would not even know who to complain to about the disgusting situation. She just took a bite into it and she just vomited in the kitchen sink because she said ‘Mummy they’re blue’. I thought that’s a joke right? Then I looked at it and they are both completely blue.

“Honestly I am just mortified that she has had to bite into something that I bought as a treat. For her to be sick in the kitchen sink, honestly I am utterly disgusted right now. Fuming, I am so angry.”

After this event, Kelly is concerned others could buy products with mould and believes the éclairs were not completely sat in refrigeration before she had bought them.

She said: “I would dread to think how many other people have bought mouldy items like the one I bought and someone has bitten into it. I cannot be the only person to have been through this.

“That looks like it has been sat there for a week and has not been refrigerated. They look like they have just been sat in a cupboard or a shelf for the last week. I have never reported anything like this before, never reported to anyone about an item. I even tweeted it, I don’t even tweet usually,” she concluded.

Speaking on the matter, a Morrisons spokeswoman emphasised how food quality is “extremely important” to the supermarket and the issue is currently this being investigated by the supplier.

They said: “The quality of the food that we sell is extremely important to us. Though this product was not in date when it was consumed, we are still investigating this issue with our supplier so that we can return to Ms Carr.”