Rubeka Hussain, 35, of Small Heath, Birmingham decided to treat herself for her 35th birthday to an apple pie from  McDonald’s in Small Heath but had the misfortune of biting into a dead spider and chewing off two of its legs. Rubeka was celebrating her 35th birthday on Thursday, October 24, when she asked her husband, Wasim Khan, to buy her an apple pie from McDonald’s Coventry Road branch.

However, the sweet birthday treat turned into a nightmare after she discovered she had bitten off two legs of the dead spider which was found in her apple pie, before spitting out the mouthful of pie.

It was reported that she was “left in floods of tears” and “traumatised” for life after the discovery and confessed to BirminghamLive that she had already eaten part of the sweet treat, accompanied by ice cream but she will now never purchase another product from McDonald’s. 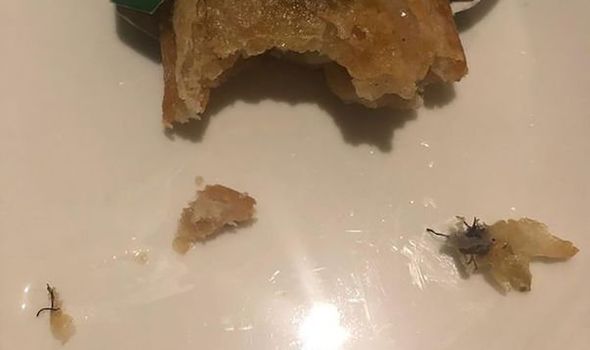 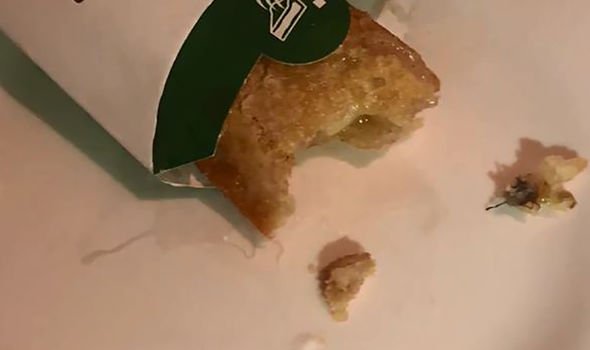 She said: “The bite I took was still in my mouth and didn’t chew it. I had already bitten two of it’s legs off first. I can see in the pictures. So i chucked it out and called my husband to see, I nearly ate a spider.

“Then we took [pictures]. I was actually in tears. I will not be purchasing anything from McDonald’s again as this experience has left me traumatised.”

Images captured by the traumatised mum show two of the insect’s legs encapsulated in part of the pie.

It was reported that Rubeka and her husband complained online to McDonald’s customer services team, to which they said further investigation needed to be completed before issuing an apology and admitting that their “standards” onto occasion were not met.

A statement from McDonald’s read: “Food quality and safety are of the utmost importance to us and we place great emphasis on quality control, following rigorous standards in order to avoid any imperfections.

“Unfortunately it appears that on this occasion, these standards were not met.

“We’d like to apologise to the customer for their experience and understand they are currently in conversation with our Customer Services Team who are working to find a resolution.”

McDonald’s is no stranger to controversy, last year a similar incident occurred when a teenager claimed she bit into a McDonald’s sandwich and found part of a dead mouse inside.

Beth Waller, 18 at the time, claimed to have found a tall and feet of a bay rodent hanging out of her McChicken sandwich. 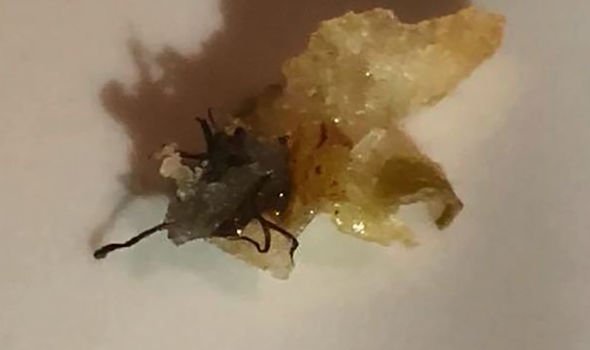 However, a worker at the burger chain reportedly told her that the tail was, in fact, a vein.

However, Beth has stated that the whole experience has put her off McDonald’s and chicken for life.

She said: “I had only had a couple of bites and it didn’t taste right – there was a funny taste so I knew something wasn’t right.

“When I had a look I could see what looks to be a dead baby mouse inside the burger. I didn’t pull it apart – just the sight of it made me feel sick.

“I won’t go to McDonald’s again and I’ve not touched chicken since and it has put me right off.”

Beth, who lives in Doncaster, England, popped into her local McDonald’s with Boyfriend, Ben Appleby, 20, for the meal while on a shopping trip. 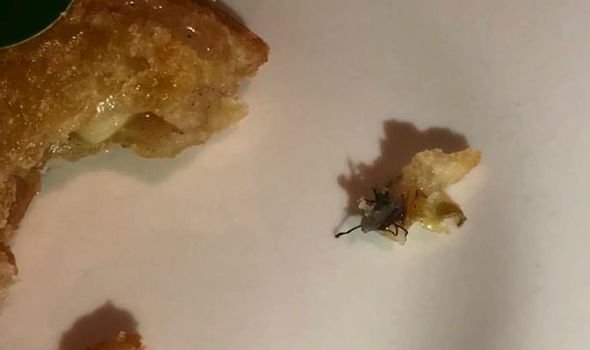 “I’m really shy and I didn’t report it and take it back. We just got up and walked out because we were that shocked.

“I didn’t say anything at the time, but they have contacted me since. The woman who I spike to said it looks like a chicken vein or something but I don’t think it is. It looks like a dead baby mouse to me,” she said.

After posting the grim discovery on social media, McDonald’s has been in touch with Beth and promised to investigate further.

A spokesman for McDonald’s said: “Food safer is our highest priority and both our restaurants and our suppliers place great emphasis on quality control and follow rigorous standards in order to avoid imperfection in out products.

“On this occasion, we did not meet those standards and apologise for that. Unfortunately, the customer did not make us aware of this issue with their food at the time, as ordinarily we would as the food to be returned to us in order to investigate.

“Looking at the video provided, we believe the item in question was a blood vessel which naturally occurs within the chicken breast fillet.

“We have attempted to make contact with he customer a number of times and would like the opportunity to speak with them to discuss the issue.”