A little background: Smitten Kitchen is approaching its 13th anniversary on the internet, and I’m hoping for all of our sakes that its 13th year is nothing like mine (some very bad bangs decisions and a whole lotta awkwardness). When I began this site, I knew how to cook very few things. What I did know was what I wanted from the things I was cooking and where the dishes I was auditioning either exceeded my expectations or fell very short. I logged it all here like a dutiful aughts-era blogger with no larger agenda for what it would become, because how could I have known? I never knew I’d still be at it 1200 recipes, two cookbooks, and two children of unparalleled cuteness (no bias here whatsoever) later, although still in a small kitchen because I’d missed the Buy Tech Stocks or Possibly Have Become A Banker memo, but this is not a complaint — not about this lot, not in this lifetime.

I’ve learned how to cook hundreds of things over the years, and I’ve learned hundreds of things from the things I’ve cooked. An editorial conundrum I had never considered but that comes up pretty frequently is what I should do with a recipe way back in the archives that I no longer cook the way I once did. I could leave it. I mean, this website is an Important Historical Artifact. It’s essential that every stupid thing I’ve said in 13 years remain preserved intact on the web for all time. For, like, science. Needless to say, I am not devoted to this point of view. 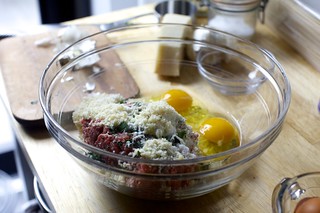 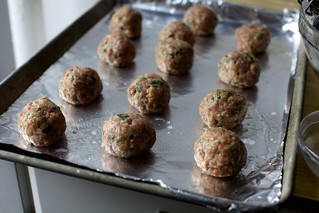 I could change the recipes, and at times, I have. In general, I make changes to recipes when they’re not working the way they should, when the original way of making them is unnecessarily complicated, or when a small piece of new information will drastically change it for the better. However, this often leads to confusion. Imagine being in the middle of making a recipe and you reload it and it’s totally different. It’s happened; I’ve gotten the panicked DMs. Plus, just because I wasn’t happy with it doesn’t mean nobody else was. I try to make the changes clear but I blame nobody who doesn’t want to read small type while making a recipe you’ve made for 8 or 12 years now. 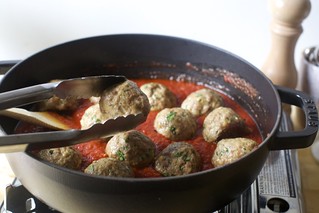 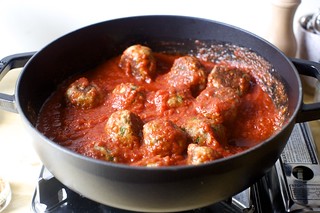 Sharing a new, better version of an older an old recipe seems the most straightforward, but I don’t do this very often. More often, I’ll make a recipe the newer way I prefer, write it up, take photos, and then… table it, until I figure out what to do with it. (v.5 of a roast chicken saga is not, to me, an engaging premise.) Earlier this year, I realized that my “let’s figure out what to do with this recipe later” list had grown quite large and it was a shame to keep you from what I consider newer, better versions of classic SK recipes. So, this month, let’s try something new. 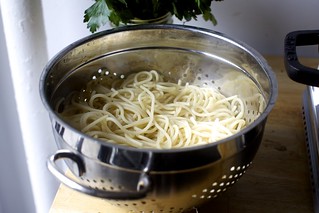 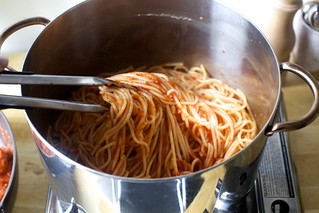 ✨ Newer, Better Month, which begins right now on Smitten Kitchen, is a chance to revisit recipes I’ve been making forever with new knowledge, new techniques, and new real-life time constraints. March seems like the perfect time to do it. It’s such a slog of a month, if you ask me; too wintry, too few holidays, and this year, a bit of bleh in the middle too. I’m eager for a little distraction. 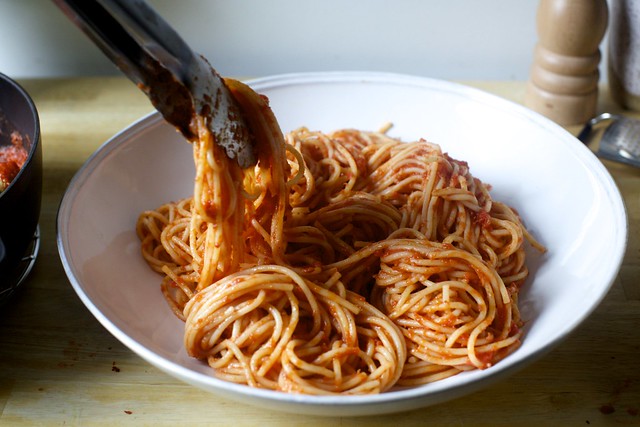 And I want to begin with spaghetti and meatballs. One of my earliest cooking influences happened the day I watched an early-2000s Barefoot Contessa episode in which Ina Garten tells us her husband invited friends or colleagues over for dinner and they were probably expecting something fancy but she (surprise) was making spaghetti and meatballs. She knew then what so many more of us know now: entertaining doesn’t need showy, and as most of us aren’t getting treated to impeccable meatballs and spaghetti at home on a regular basis, this would be a welcome treat. 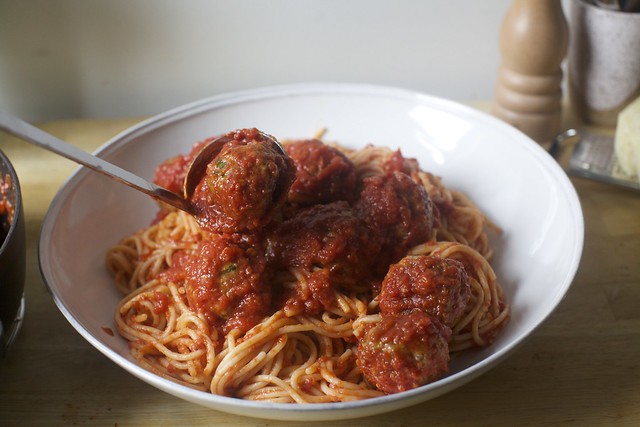 In 2008, I made them Ina’s way. They’re, of course, fantastic. But it makes an epic amount, frying meatballs is messy, there’s never enough sauce, and I prefer a simpler one that lets the meatballs shine. Although it didn’t physically pain me to look at it at the time, I know this isn’t everyone’s thing, but rewatching the episode now and seeing sauce poured over undressed pasta (vs. finishing the pasta in the sauce so they harmonize as the gods or at least the nonnas intended) is like fingernails on a chalkboard. The recipe below is the way I make it these days, and (surprise) now that I can make them beginning to end in under an hour, I do it fairly often, much to the delight of kids, friends, and I hope soon you too. 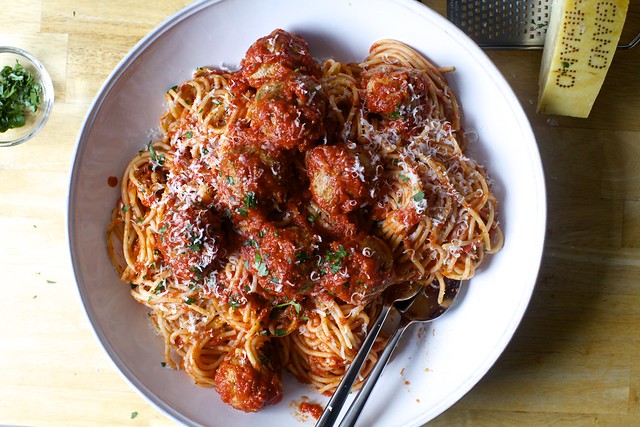 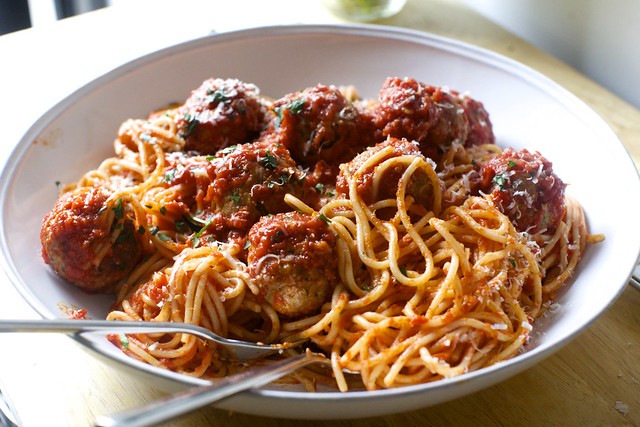 And for the other side of the world:
Six Months Ago: Foolproof Cacio e Pepe
1.5 Years Ago: Tomato Bread + A Bit About Spain
2.5 Years Ago: Burrata with Lentils and Basil Vinaigrette and Eggplant Parmesan Melts
3.5 Years Ago: Crispy Peach Cobbler and Corn Chowder Salad
4.5 Years Ago: Smoky Eggplant Dip and Strawberries and Cream with Graham Crumbles

There’s actually a lot flexibility in the meatballs. A blend of pork, beef, and veal is traditional. I usually go half-half with the first two, but I’ve also made these entirely with ground turkey (a mix with dark meat it in is much better) and they’re a little softer (you could use a tablespoon less milk) but taste delicious. You can skip the parmesan and replace the milk with water if you want to make it dairy-free. You could use ricotta instead of milk for extra richness. You could add finely chopped prosciutto to the meat mixture, or even use ground sausage meat for half of the meat mixture. You can use 1 tablespoon finely grated onion instead of onion powder, and you could make your own breadcrumbs from any old piece of bread and grinding it up — use 2/3 cup instead of 1/2.

This recipe makes a moderately saucy pot of spaghetti and meatballs. If you like or want extra sauce, add a second full-sized (28-ounce) or half-sized (15-ounce) can of tomatoes and amp up the seasonings accordingly. I really prefer what is usually sold as crushed tomatoes here; it’s a not-totally-smooth puree that clings nicely to the spaghetti and meatballs in a way that chunkier blends do not. If you can only get whole or diced tomatoes, mash or blend them up a bit, and add 1 tablespoon tomato paste so it’s a little less watery. When I have basil around, I usually cook the meatballs with a sprig of it to infuse the sauce, then fish it out before serving.

Bring a large pot of very well-salted water to boil and heat your oven to 425 degrees F. Line a large baking sheet with foil for easy cleanup, and coat it lightly with a nonstick spray.

Place meat, crumbs, milk, parsley, cheese, 1 teaspoon salt, pepper, onion powder, eggs, and one-third of your minced garlic in a large bowl, and mash everything together with a fork or potato masher until evenly mixed. Using wet hands if needed, form mixture into 2-inch meatballs (I used a 3 tablespoon scoop) and arrange on prepared tray. Roast for 12 minutes, until cooked through (you can cut one in half).

Once water is boiling, cook spaghetti until one minute shy of tender. Set aside 1 cup of cooking water before draining pasta.

In a deep saute pan or wide saucepan, heat 2 tablespoons olive oil over medium heat. Add remaining two-thirds of garlic and a pinch or two of pepper flakes and let sizzle until garlic is golden, 30 seconds to 1 minute. Add tomatoes (beware the splatter!) and season with remaining 1 teaspoon salt. Let mixture simmer for about 5 minutes, stirring occasionally, although longer will do it no harm if your meatballs aren’t ready yet.

When meatballs come out of the oven, add the to the sauce and stir to coat them. Reduce heat to a low simmer, put a lid on the pot, and simmer meatballs in the sauce for 10 minutes. At this point, should you not be eating them right away, you can remove them from the heat and set them aside.

When you’re ready to serve: Return your spaghetti to its empty cooking pot. Push meatballs aside and grab a few ladles of their cooking sauce and pour over spaghetti. Add half of reserved pasta water and cook spaghetti and sauce over high heat for one minute, tossing the whole time. Use additional pasta water as needed to loosen. Use tongs to transfer spaghetti into a large, wide serving bowl. (If you give the bowl a little spin as you lower the spaghetti into it, you can make cute little piles.) Add the meatballs and their sauce on top. Garnish with parsley and additional grated cheese. Eat right now; do not wait.