Almost six in 10 are baffled by the inclusion of pulpo galicia – a tapas dish of octopus, potatoes and paprika – on the menu, a survey reveals. 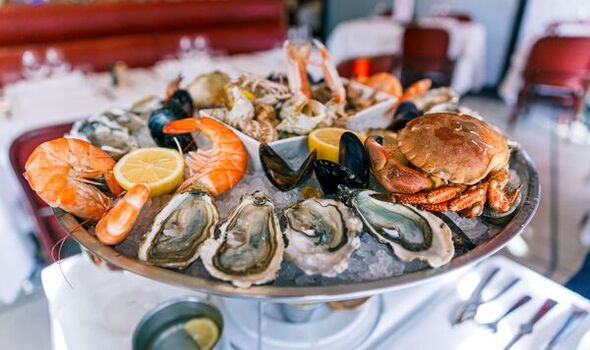 And half have misunderstood what is in fritto misto – an Italian dish of deep-fried fish and seafood – with many mistaking it for chips. Although almost 90 per cent say they enjoy eating fish, four in 10 have no idea what the raw Japanese dish sashimi really is.

And about half were left red-faced when ordering gravadlax – cured salmon with dill. The term gambas – Spanish prawns cooked in garlic – has also caused problems, with 40 per cent unsure what it is.

The survey of 1,500 Britons by restaurant booking app The Fork also found almost one in five have ordered a dozen oysters to impress a date, while a similar number have asked for sashimi or ceviche without realising it is a raw dish.

Six in 10 admitted they found ordering seafood as confusing as ordering wine in a restaurant.

While half thought it looked impressive asking for lobster, many admitted they had no idea how to use the implements it came with.

Similarly, half were clueless over what to do with a whole crab, or had never filleted a fish or knew how to shuck, or open, an oyster.

Some 80 per cent confessed they would rather order fish and chips from their local chippie than ask for a fish dish in a restaurant. And almost half admitted the only fish they had ever cooked was battered or breaded and bought in a supermarket.

Patrick Hooykaas, managing ­director at The Fork, said: “As our research has uncovered, we’re a nation of fish lovers – with absolutely zero idea about fish. From how to pronounce it, to how to unlock maximum meat and flavour.”

The app has launched a “shellmelier” service in partnership with leading London seafood restaurants to help diners navigate the fish menu and take the fear out of cracking a lobster or eating oysters.

Among the most baffling of all seafood dishes to British diners were ceviche, which is raw fish cured in lemon or lime juice, and the traditional Nordic dish of gravadlax, which is cured salmon with dill.

Similarly, cullen skink – a Scottish soup made with smoked haddock, potatoes and onions – caused confusion, as did a portion of sole veronique, or lemon sole in a white wine and grape sauce. Moules mariniere, or mussels in cream, also left many baffled.