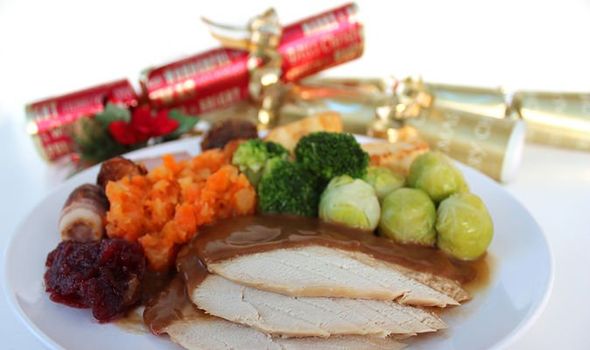 One of Britain’s largest sprout producers told the Daily Express that shoppers would “certainly face a larger shopping bill than they would have expected” in December.

He said: “Many older people are on fixed budgets and have no way of earning extra income.They are also adverse to debt and turn to rationing.

“But this is a huge worry because a balanced, nutritional diet is crucial to good health.

“With Christmas approaching – a time that is so important to people who may not see their families during the rest of the year – it will be a huge worry about how they meet the costs of putting a dinner on the table”.

The Office for National Statistics figures show how the price of everything from apples and pears to sausages and butter have risen sharply – some by as much as 25 times the wider rate of food inflation.

Multi-product giants Unilever became the latest big supplier to warn it could hit retailers with higher prices as the ONS data showed the rate of food inflation – how much prices are rising by year-on-year – more than doubled from 0.3 percent in August to 0.8 percent in September.

Supermarkets, desperate to keep customers amid cutthroat competition, have in recent weeks moved to shield shoppers from the worst of the surge. But there are signs those higher costs are being passed on and will deliver a blow to Christmas shopping bills.

Emergency talks between wholesalers, producers and retailers are being held amid pleas for help in meeting the cost rise driven by labour shortages, fuel price increases and a lack of HGV drivers.

What is happening where you live? Find out by adding your postcode or visit InYourArea

John Clappison is one of only 15 sprout farmers nationally, and his East Yorkshire farm accounts for around five percent of the UK market with 4.2 million plants.

John, 60, said his costs have rocketed by 30 percent in recent weeks.And a dearth of workers at his farm in Beverley, means a race against the clock to harvest the mammoth crop.

Like many fresh produce suppliers John agreed the contracts for his crops earlier in this year before suffering a “totally unexpected” escalation in basic costs.

He has been forced to increase wages to retain staff after his workforce was decimated following Brexit.

He said: “I really can’t see anything other than prices having to rise further.”

And Shore Capital, an independent investment group, predicted food prices could jump by as much as six percent by mid 2022.