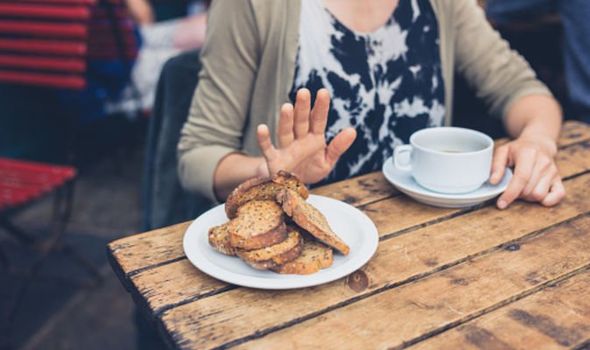 They are accused of lying about special dietary needs, while others are told they are ‘delusional’ (38 percent) and ‘just following trends’ (20 percent) when specifying what they can’t eat. And despite highlighting their food needs, almost half have been served meals or drinks containing the very ingredients they are unable to consume. But rather than cause a fuss, a fifth will eat food they are intolerant to – knowing they will have to suffer the consequences later on.

The study, of 2,000 adults commissioned by the makers of digestive enzyme range, EatEnjoy, found around a fifth have a food intolerance of some sort – with lactose and gluten the most common.

And those with an intolerance said their dietary requirements have become more challenging since lockdown.

One in 10 are struggling to find the specialist foods that meet their needs and a similar number have no choice but to eat the foods they normally avoid.

Tom Zivanovic, spokesman for EatEnjoy, said: “As the study shows, there is an unfounded degree of cynicism towards those with a food intolerance.

“The reality is that living with food sensitivities can be difficult – sufferers may experience considerable discomfort if they eat the wrong foods.

“This inevitably means the range of culinary options available to them is massively reduced – and without help can compromise their enjoyment of food.”

The research also found 70 percent of sufferers believe the wider population tends to be cynical towards their intolerances – arguing they don’t appreciate how hard having one is.

In fact, according to the EatEnjoy study carried out through OnePoll, a quarter have been left feeling embarrassed after being criticised for their food intolerance.

Others have felt angry (32 percent) and suffered with anxiety (22 percent).

But while two thirds believe their dietary needs are taken less seriously than those of people with a food allergy, around half of those polled admitted to not being entirely clear what the difference between a food intolerance and a food allergy is.

Four in 10 adults are of the view that most of those on gluten-free diets are simply following trends.

Similarly, 39 percent admit they feel the same way about those on dairy-free eating regimes.

Tom Zivanovic added: “It’s really important that as many of us as possible are able to enjoy food we love, in fact, this is one of the driving forces behind the EatEnjoy range of digestive enzyme supplements.

“EatEnjoy products provide the body with additional enzymes that help with the digestion of foods – from dairy products for those with lactose intolerance, to gluten-rich foods for those with non-coeliac gluten sensitivity.

“This helps people enjoy their favourite meals without worrying the unpleasant symptoms of food intolerance.”