The National Farmers Union has revealed that they still need to recruit as many as 40,000 British fruit and veg pickers to help tackle the harvest. On an average year, 70,000 people or so would be needed to pick the food produce. Good Morning Britain (GMB) Chief Correspondent Richard Gaisford travelled to Ledbury to speak to a farmer who has been impacted by the coronavirus lockdown.

First, he told ITV: “As the harvest develops, they will need more people out in the fields and the tunnels picking that fruit.

“If they don’t get them there could be supply problems and prices could go up.

“So it is in everyone’s interest that the fruit gets picked.

“The majority of those pickers would be coming from eastern Europe.” 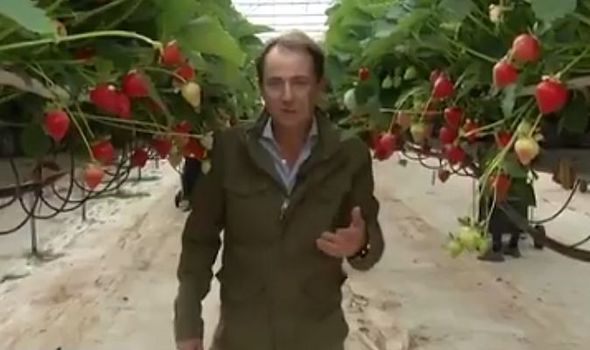 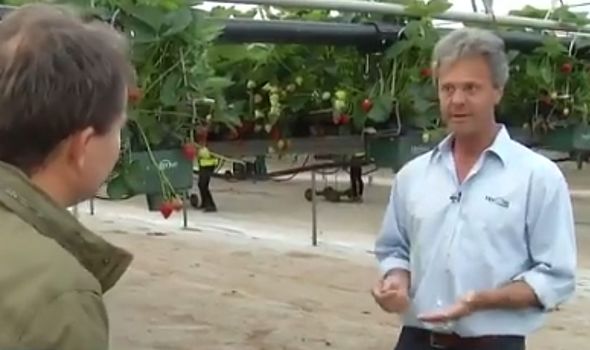 Mr Gaisford continued: “At the moment, they’re looking for about 40,000 workers across the rest of the summer season.

“They’ll need them right the way through to October to help with that and make sure the supermarket shelves stay full.”

The union has also revealed that 25 to 30 percent of the people picking at the moment are British.

Normally it is only one percent at this time of year that would be doing that. 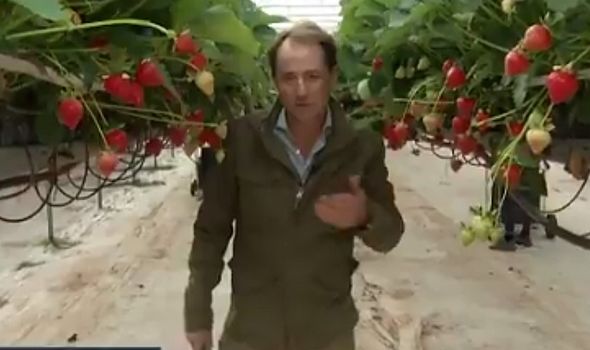 Haygrove farmer Angus Davison told GMB: “In 30 years of doing this, these are the best premium strawberries we’ve ever grown, and we’re quite worried about picking it all.

“Our professional pickers from eastern Europe have not all been able to return.

“Quite remarkably we’ve had a great response from the local community.” 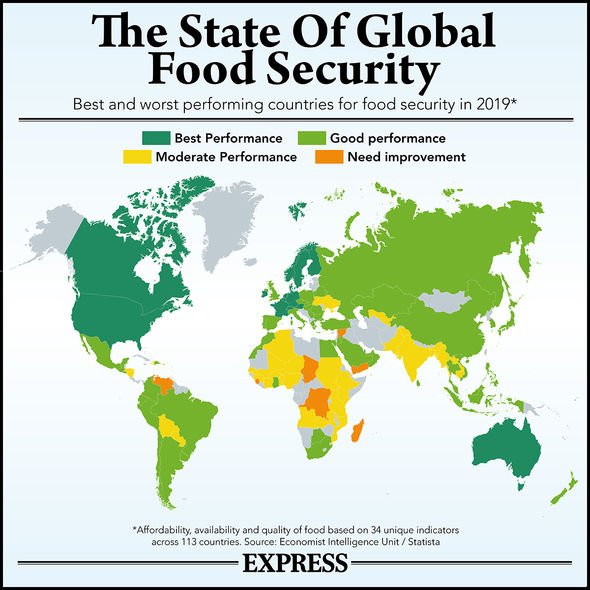 At a Government briefing, Environment Secretary George Eustice announced a special outreach for assistance: “Over the last couple of months, we have been working with industry on a plan to support and help people taking second jobs, particularly those who are furloughed, and have launched a new ‘Pick for Britain’ website.

“This enables people to go online and check what jobs there are and what availability there is. Then job opportunities from growers and employers can be married up with those people seeking a second job.

“We believe those who are furloughed may be getting to the point that they want to lend a hand and play their part.

“If they do feel that way, I would urge them to visit that website and to look at the opportunities that are there.”