National Pizza Day is finally here and for all of my fellow pizza lovers, that means it’s time to hit up our favorite saucy pie spots to rake in all the deals that we possibly can. Though last month’s National Pie Day (not to be confused with Pi Day) and National Popcorn Day were both full of delicious options, nothing really compares to National Pizza Day. And now that it’s here (it’s February 9, in case you’ve gotten your days mixed up lately!), you’ll want to know all of the best places to stop by for some discounted pizza. Or, at least I would if I were you.
Although there are people out there that probably enjoy pizza every week (here’s looking at myself), there’s something about having it on its actual dubbed day that makes every bite a bit more enjoyable. Plus, National Pizza Day presents a good reason to throw caution to the wind and eat as many slices of pizza as you want for the entire day. Who wouldn’t want to do that?
Not sure which spots will have deals worth cheesing about? Here are a few that we found that you’ll want to look into. Don’t delay on checking these out though. They’ll be here today and gone tomato! Anticipate looking for more slices after National Pizza Day passes? Make your own with this Keto-friendly pizza or this delicious hot pizza dip whenever you want.

If you already had plans to stop by Einstein Bros. Bagels today (February 9), then you might as well take advantage of the incredible deal they have going on for National Pizza Day. From now until February 14, the beloved brand is offering their Family Pizza Bagel Box for a mere $5—which is 50 percent off of the original pricing. The deal, however, is only accessible if you order ahead through the brand’s mobile app, so don’t forget to lock yours in as soon as possible.

Have a Grimaldi’s Pizzeria location in your area? Well, you’re in luck! The restaurant—well known for its coal-fired pizza—has a few deals that you’ll want to be aware of. For those looking to carry out a pie, Grimaldi’s has three awesome deals for you to choose from. To start, you can get one 18″ traditional cheese pizza, one small salad, and two fountain drinks for only $25. If that’s not enough for you, their second deal includes two 18″ traditional cheese pizzas, one large salad, and four fountain drinks for $40. Deal number three is for those who need something sweet after they eat and offers customers an 18″ cheese pizza, small house or Caesar salad, the choice of two mini cannolis or one slice of cheesecake, all for just $25. And lastly, if you want to dine in (please do so safely!), you can get one 12″ cheese pizza, a small house or Caesar salad, and two glasses of wine to enjoy with your special person. The prices vary on that one though, so be sure to check with the location nearest to you before showing up.

For those in the Las Vegas area, Siena Italian Trattoria & Deli is running an unforgettable deal for you to indulge in. All dine-in guests will be able to nab 50 percent off all pizzas for the entire day. So, if you’ve been waiting for a moment to try this award-winning restaurant’s pizzas out, here’s your chance.

Love Red Baron pizza and feel as if you can eat it every day for an entire year? Here’s your chance! From now until February 12, Red Baron is giving 55 families each a chance to win free pizza for a year. All you have to do to enter the contest is follow Red Baron on Instagram, tag a friend in the comments on this post, and leave a comment naming your favorite Red Baron pizza product. It’s really that simple.

If you’ve been looking for a cleaner pie to eat that’s paleo-friendly, happens to be grain-free, and has a crust made with almonds (yes, I said almonds!) then Cappello’s is the brand for you. To give you a little nudge in the right direction, the brand is dishing out a 20 percent discount off of all online orders through the end of the day. Just use the code “REALPIZZA20” during checkout to redeem.

Touted as the world’s first-ever sourdough-based frozen pizza brand, Alex’s Awesome Sourdough is making sure to get in on the National Pizza Day fun, too. Available in three flavors—mushroom, sunflower pesto, and mozzarella—the brand is giving customers a BOGO deal at every Sprouts location throughout the nation. This deal runs through February 10 though, so pick up as many as you can while they’re available.

For those that are lucky enough to live near a Blaze Pizza, you should know they’re running a great deal. Fans of the brand can get two pepperoni pizzas for just $10 when they order online. The deal is only redeemable at participating locations though, and please don’t forget that it only works if you order online.

Right in time to celebrate National Pizza Day, Chuck E. Cheese is kicking off their new Two for Tuesdays deal where customers can get two large one-topping pizzas for only $22. And if you know what I know about Chuck E. Cheese pizza, you’ll definitely want to jump on this deal every week until it’s gone.

If you were waiting on a sign that told you to pick up Dominos for dinner, consider this to be it. Get a three-topping pizza (excluding the XL sizing) or 10-piece wing for just $7.99 when you order online and pick it up at the store. If that’s not enough for you to get full off of, the chain also has their regular mix and match deal where you can choose any two items for just $5.99 each.

The name of the restaurant may have “Little” in it, but there’s nothing small about this deal that you can nab from Little Caesar’s for National Pizza Day. From now until February 28, you can get a large, three-topping pizza for a mere $6.99. Talk about a steal! You don’t need a code to redeem the special, but just remember that you can only get this price if you order online.

Is Papa John’s your preferred provider of saucy pie? Then there are plenty of deals worth digging into today. Though those deals vary based on location, one that is available nationally is their $12 special on their new Epic Stuffed Crust Pizza. Keep in mind that you can only add one topping for this price, however.

If you happen to be near a BJ’s Restaurant & Brewhouse location, then please do yourself a favor and place an order ASAP. From now until Sunday, February 14, the restaurant is giving customers 50 percent off of their order on a large pizza when ordered online or through the brand’s app. There’s no item limit for this deal and all you need to do is use the code “HALFOFF” to redeem.

Maybe you’d rather try your hand at creating your own pizza after the big day has passed! Well, The Cookie Cups—a woman-owned small-business bakery—has the perfect kit to help make that a reality. Great for both adults and children, the 12-piece Pizza Making Kit comes equipped with everything you need to make one 12-inch pizza including an apron, measuring cup, a stainless steel baking pan, spatula, one kid-friendly pizza cutter, a rolling pin, pizza flour, four ounces of gourmet pizza sauce, one parmesan packet, one packet of garlic, an Italian spice pack, and one turkey pepperoni stick. The kits are priced at $49.99, but from now until February 14, you can take 20 percent off. The discount will automatically be applied at checkout, so there’s no code needed to get this delicious deal. 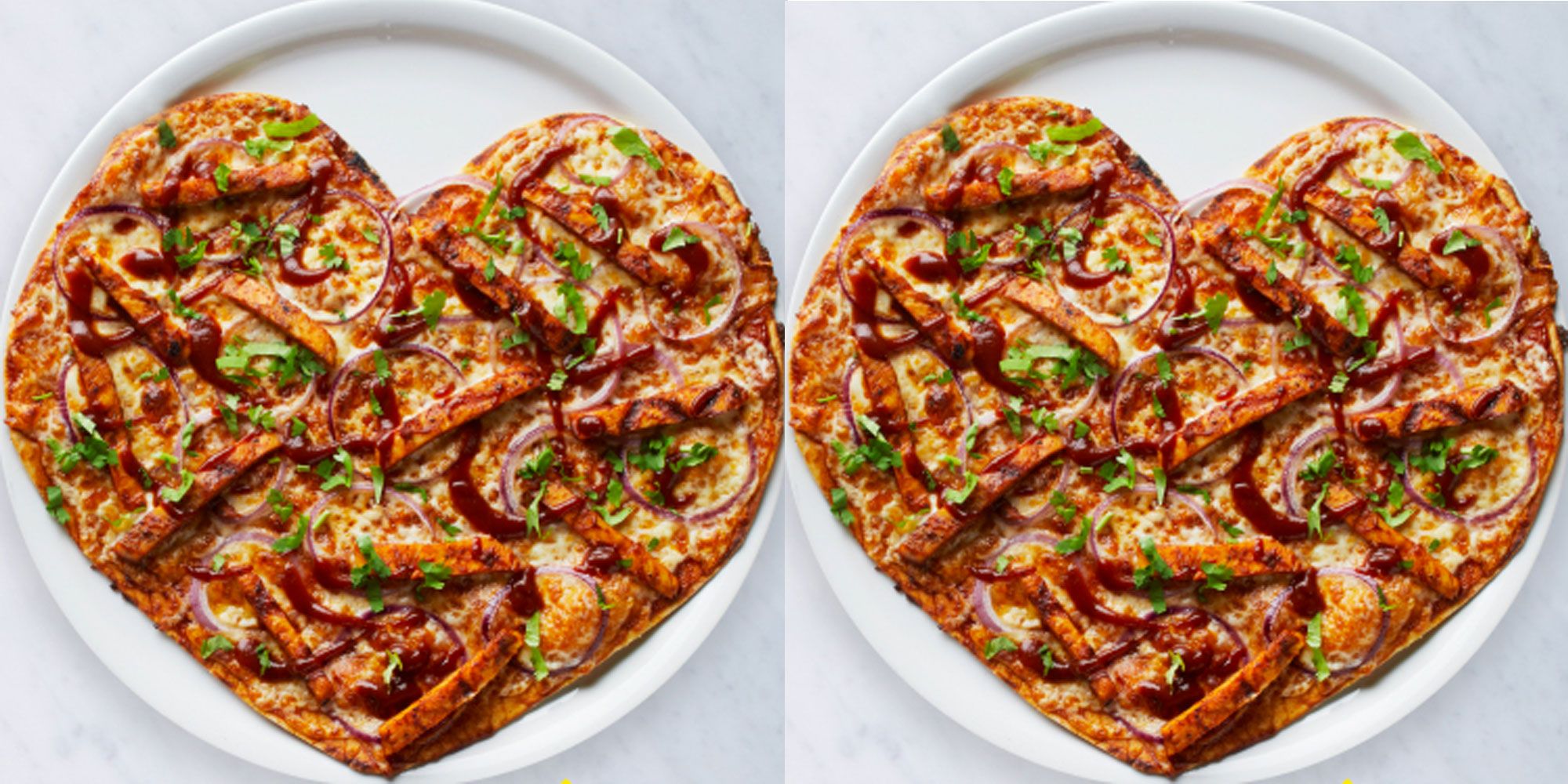