Stanley Tucci is on my dinner party list. You know the one. When someone asks “If you could have dinner with anyone alive, who would it be?” My first answer is Stanley Tucci. But because my life is about food, I think of a whole dinner party, not just dinner.
If you’re wondering, other than the Tucc, it’s Jeff Goldblum, Julia Child, Tracee Ellis Ross, and Javier Bardem. Because if you’re coming to my dinner party, imaginary or not, you are bringing either a smashing dish or great conversation and a very expensive bottle of wine (come on, these particular guests have money). Anyway, I digress.
All this to say that anything Stan the man comes out with, I consume. A travel show on CNN? Yes. A movie where he stars as a harpsichord? Absolutely. A cookbook? Yum. So when his memoir Taste: My Life Through Food, came out this October, I knew I would be eating that up too.
If the title doesn’t give it away, the book takes us through Stan’s life with a big emphasis on food. We get to learn about how he explores different cities through cuisine when on location for a movie, how his Italian family cooked all the time, what he ate while living in New York as a struggling actor. Here’s what I learned.
Stan, like me, will always offer you a drink whenever you come over.
My mother will be proud of me for this one. Less than 10 pages in, Stan says that his father, even at the age of 91, will offer guests a drink, as he does too. I pride myself on doing the same. And in case you are wondering, his now-famous Negroni recipe is also in the book. It ends by saying “the sun is now in your stomach.” I agree.
Stan is as witty in writing as he is in the media.
What I loved about this book was feeling like I was talking to Stan. His writing is casual, yet very quick and witty. His writing made me giggle (and I am not a person who laughs out loud while reading).. At one point, he describes making a special pasta dish called pizzoccheri for a Paolo Ciapparelli, an cheesemaker. Stan was naturally nervous, as he had only made the dish a handful of times.
“I took a deep breath, poured an enormous glass of cold white wine, and basically ‘acted.’ Yes, dear reader, as you have seen me do for close to forty years now…I simply pretended that I had been making pizzocheri since birth…I served up the best pizzocheri I have ever made and probably will ever make.”
We may be decades apart in age, but he’s so relatable.
Once I’m done with this article, I’m giving the book to my father, who I think will get a kick out of it. Stan talks about how Italians don’t discuss or joke about anything as much as food (true, imo). He tells the familiar story of older generations (i.e. grandparents) giving the younger generations (i.e. grandchildren) tons of gifts, food, or sometimes junk, to go home with after a visit. He divulges his rather drastic opinion on people who cut their spaghetti (hint: it’s not kind). And he brings up the often gluttonous amount of food served at family dinners. All of this I feel some sort of connection to, whether it be familial or just as someone also living in New York City for the first time.
Through his wit, Stan is able to elegantly explain his slightly snooty opinions on food.
I’ll just leave this quote here: “Over the years, in many restaurants, the sublimely simple combination of butter and cheese [in fettuccine Alfredo] has been altered to satisfy American palates. Cream has crept its way in (unnecessary), as well as chicken (yuck), broccoli (why?), and turkey (really? Fuck off.)”
I think that about sums it up.
Stan’s writing somehow makes you feel like you know the person or are there with him.
If I die before he does, I was Stan to write my eulogy. The way he is able to describe people in a light that is neither overly positive or negative, while still feeling like he gets to their core is impressive. In one paragraph, he describes his friend Claudia as slender, “but still eats pasta everyday,” “chic without spending absurd amounts of money,”and someone “who loves wine.”
Later in the book, he recounts a meal with Meryl (you know the one), where they order andouillette sausage in France, which apparently is nothing like the andouille sausage they thought it would be like. He described the phallic-ness of it as a “horse cock.” He said that. To Meryl.
Stan is highly opinionated about cocktails.
Martini, in his book at least, will always be capitalized. And anyone who scoffs at him serving a Negroni up will not be invited back. 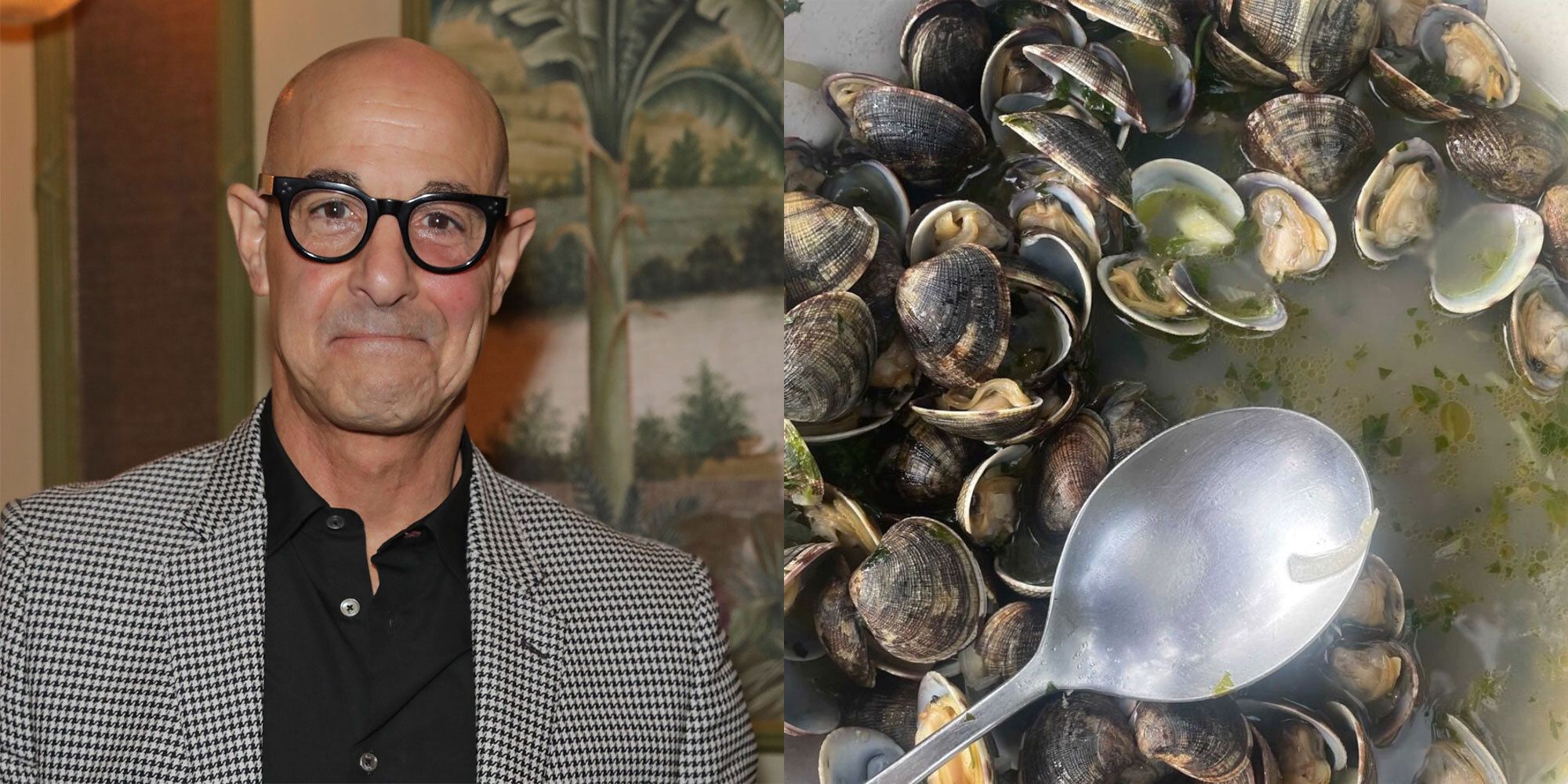