If you’re a fan of Netflix’s hit reality show Selling Sunset, you probably know that along with the staff of The Oppenheim Group and their significant others, white wine is basically an honorary cast member. The black bottles with the company’s logo are often seen in shots and referenced by the cast (not always flatteringly…) and it’s certainly made me crave a cold glass of white wine while binging the show. All of that made me wonder…what is this Oppenheim wine??
It turns out this wine was talked about before the show even premiered. Back in 2018, Jason Oppenheim spoke to The Hollywood Reporter about how the brokerage often includes wine collections in the price of luxury homes and at the end, he discussed how he was taking it even further by creating the company’s own wine label as a way to advertise.
“The majority of my listings have cellars or wine rooms, so I thought, why not make a few thousand bottles for my own company?” he said. “The buyer likes getting a cellar full of wine. We love it because it markets our brokerage and later even buyers’ friends see it. It’s a win-win for everybody.”
At least back then, it was called O and was from an unnamed Paso Robles winery. The wine that is often opened on camera is a white wine, likely a chardonnay, according to some eagle-eyed viewers. It gets a lot of heat, particularly from cast members Christine and Maya who’ve called it “crap” and “shitty” respectively, so it’s probably a good thing that it doesn’t seem like you can buy it anywhere…unless you’re buying it along with a luxury home.
In fact, cast member Mary told ET that the Oppenheim brothers didn’t even taste it before they bought it, resulting in some wine that wasn’t to their taste.
“Jason and Brett didn’t taste it before they ordered,” Mary said. “When they got it—I was even a little bit tipsy—and I tried to have a couple drinks and I was like, ‘oh wow, that’s sad. I can’t do it.'”
But my personal favorite cast member Amanza told the outlet she actually doesn’t hate it.
“I’m from Indiana, I grew up in a trailer. We drank wine out of a box—you ever heard of Boone’s Farm? That was classy, right?” she said with a laugh. “If it’s called wine and it looks yellow, it’s called chardonnay, I’m totally down…So, Jason! If you want to just send it all to my house, you’ll save me a ton of money.”
Cast member (and villain!!) Davina also said she doesn’t hate it.
“It’s drinkable,” she told ScreenRant. “Jason’s marketing is really amazing and he has a lot of pride in his brand. So, it’s not terrible and I totally appreciate that we have it.” She adds, “On a scale of 1 to 10, I’d give it a five. Is it the best 5? Probably not.”
Personally, I’m with Amanza. I am still dying to try this wine so we’ll keep you posted if they ever make it more widely available. 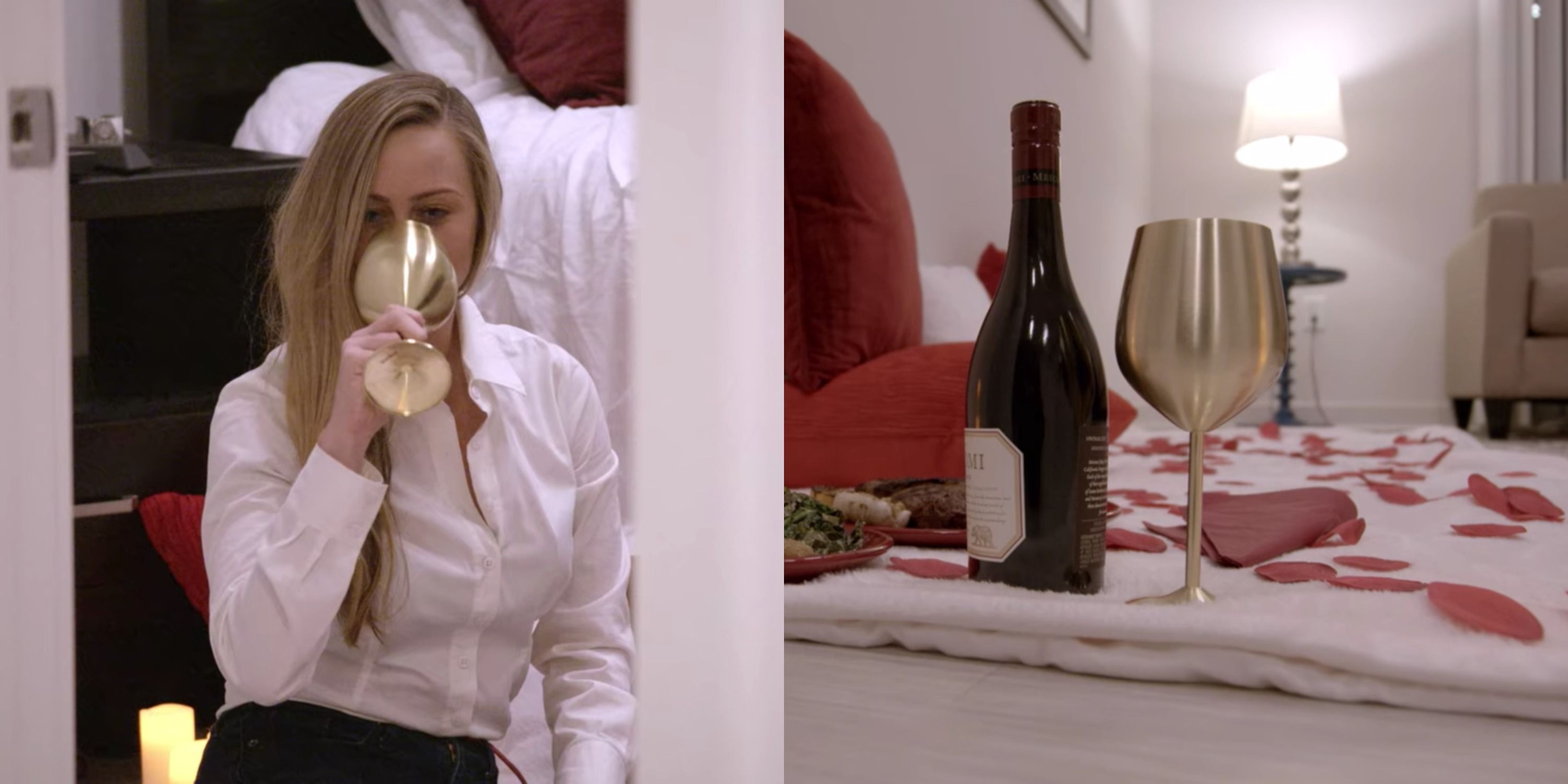