The weather is finally getting colder and the holidays are very much on their way…which means it’s time to drink the heaviest red wine you can find and find a beer that tastes like a Christmas cookie. Luckily, Wawa has announced that it is once again bringing back its coffee-inspired beers with a few new twists.
The beloved chain is teaming up with Pennsylvania’s 2SP Brewing Company to release three craft beers this year that will feel cozier than your best holiday sweater. First up is the new Holiday Reserve Coffee Stout, which Food & Wine says is a holiday twist on last year’s Winter Reserve Coffee Stout as it’s spiced with cinnamon, nutmeg, clove, and ginger.
The next new brew will be a Reserve Reserve Rum Barrel Aged Imperial Coffee Stout, a heavier beer that has been aged for seven months in Jamaican rum barrels. I just tried a similar beer this past fall, and let me say, if you’re a rum drinker, you’ll probably go CRAZY for this one as it captures those sweet flavors perfectly. Finally, last year’s Reserve Reserve Bourbon Barrel Aged Imperial Coffee Stout will also be back.
https://www.instagram.com/p/CHvWWlQjRNq/
A post shared by 2SP Brewing Company (@2spbrewing)
The Holiday Reserve Coffee Stout will be available in four-packs of 16-ounce cans for $12.99 and the latter two beers will be available in 500-milliliter bottles for $10.99 with the rum barrel version available in super-limited quantities, according to Food & Wine.
Speaking of which, these Wawa beers are set to be pretty coveted this holiday season, and if you want to get your hands on a bottle, you’ll have to live in southeastern Pennsylvania, New Jersey, Delaware, and Eastern Shore Maryland. You can see a schedule of their releases by location in the Instagram post above. They’ll also be at some distributors within those regions starting next week so keep an eye out and happy holidays! 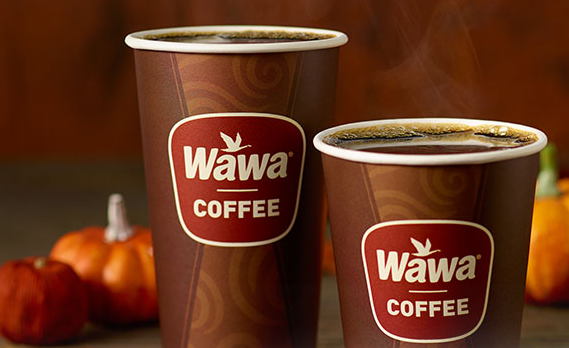