Adele showed off her incredible seven stone weight loss last night as she post a picture watching her 2016 Glastonbury set. She wore the same custom-made Chloe dress is the snap as she wore for the performance four years ago.

Adele captioned the image “5 ciders in” and it has been liked almost 4 million times.

She danced as she watched herself performing on the Pyramid Stage at Glastonbury.

She looks much slimmer now, the contrast even clearer as she wears the same dress.

The gorgeous black dress has bell sleeves, an a line skirt and gold and red embroidery. 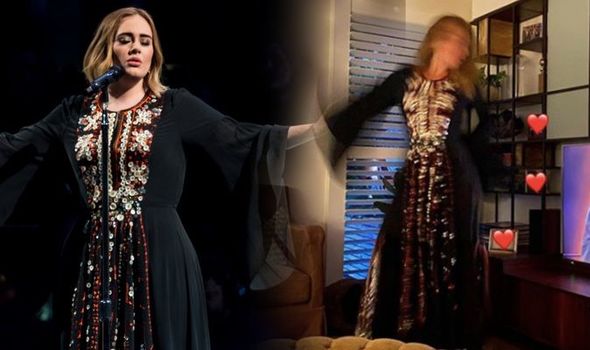 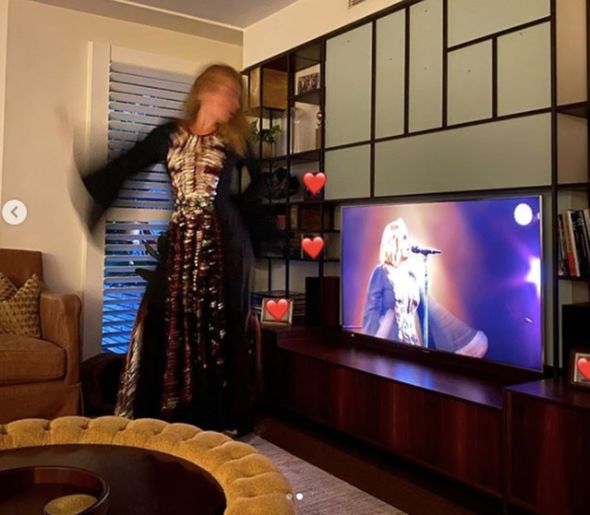 Adele’s weight loss has impressed many, so how did she manage to lose the seven stone?

A source told People magazine Adele ate a diet of 1,000 a day to slim down, and drank one cup of green juice a day.

They said: “She got to the point where she didn’t feel great. She knew she had to change something, because she wants to be the healthiest mum possible.

“Her whole focus during the weight loss journey has really been all about how she can be healthier and how can she treat her body better. It was never about losing weight.”

The singer is also said to have followed the Sirtfood diet, a plan that encourages followers to eat food with proteins that affect metabolism and inflammation.

Followers of the diet are allowed to eat foods such as dark chocolate, chilli and red wine.

However, there is a gruelling first phase.

Nutritionist Aidan Goggins, co-author of The Sirtfood Diet explains: “For the first three days, you restrict calorie intake to 1,000 calories a day, which includes drinking three sirtfood green juices plus eating a sirtfood-rich meal and snacking on antioxidant sirtfood bites.

“For the last four days, you up the calorie intake to 1,500 calories a day by consuming two sirtfood-rich meals and two green juices, cutting out the bites.” 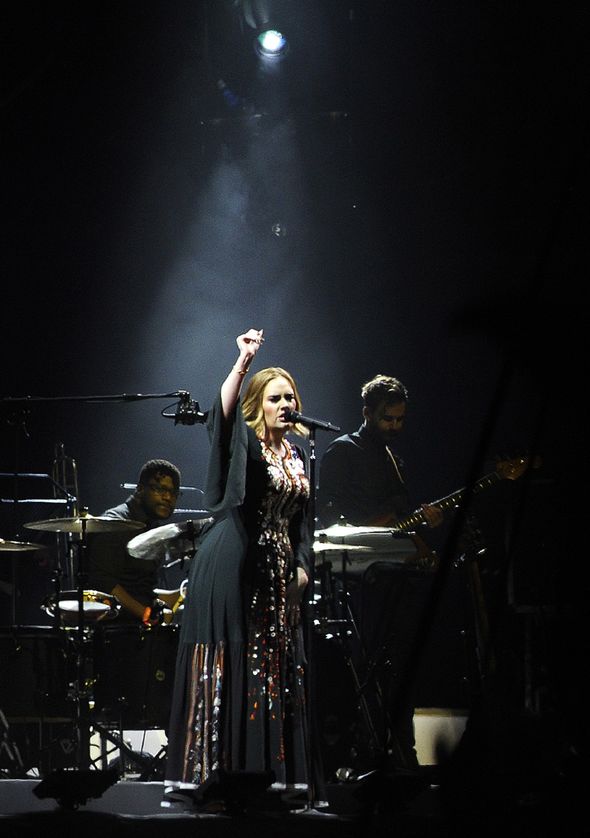 After this phase more foods and calories are introduced to the diet.

Adele is also reported to have used a food delivery service recommended to her by her neighbour Katy Perry.

A source told The Sun that she used Freshology, a service in the US.

The meal delivery service creates calorie-controlled menus that might make it easier to stay on the restricted plan. 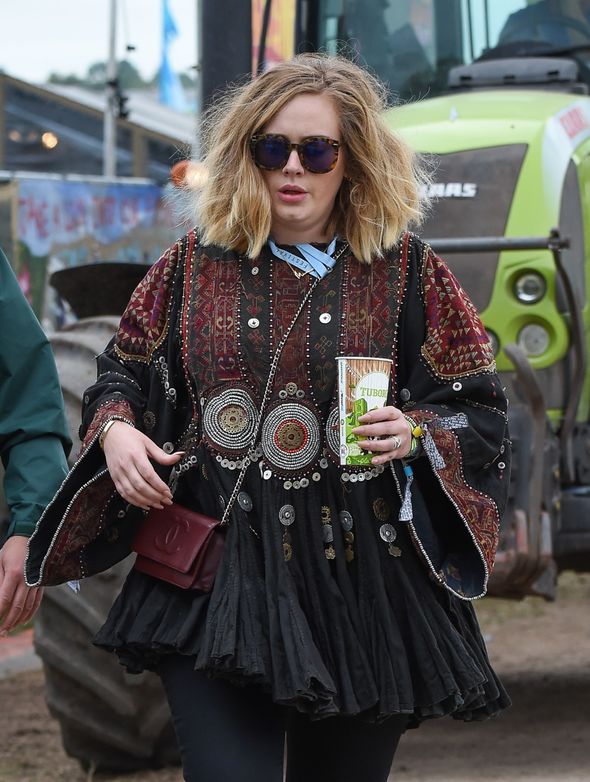 Another celebrity has dropped a lot of weight in recent years. Chris Moles weight loss has impressed a lot of fans.

The radio DJ has lost five stone in total by following a new diet.

The DJ limited his calorie intake to 2,000 calories a day. Chris swapped pizza and ice cream for vegetables.

He told the Mirror: “I’ve got David Haye’s old trainer who kills me. I’ve become obsessed with it [fitness].

“And I watch what I eat now that I’ve had to learn to cook for myself and that takes up a lot of my time, especially if I’m not drinking, which I have been trying not to do lately.”