Using a structured plan when trying to shape up can be a great way to help dieters start their journey. Some people who have lost weight will use social media to explain what they did and encourage others to make a similar change. The Reddit user “biheth” revealed he lost a staggering 20st 3lb and slimmed from 36st 4lb to a much healthier 16st 1lb. Posting pictures of himself before and after losing weight, he explained he followed a couple of different diets to hit his goal.

When I started keto and IF my weight loss rate picked up significantly and I began to lose a lot of body fat.

As well as detailing his weight loss journey, “biheth” told others he is 5ft 11in and 27-years-old.

Starting his transformation by using diet shakes, he then switched to following the keto diet.

He also revealed he used intermittent fasting and exercise to help him achieve his results.

In his post, he said: “I averaged 20lbs a month till January of this year. I lost 40 lbs first month then in the 30s.

“And when I started keto and IF my weight loss rate picked up significantly and I began to lose a lot of body fat.” 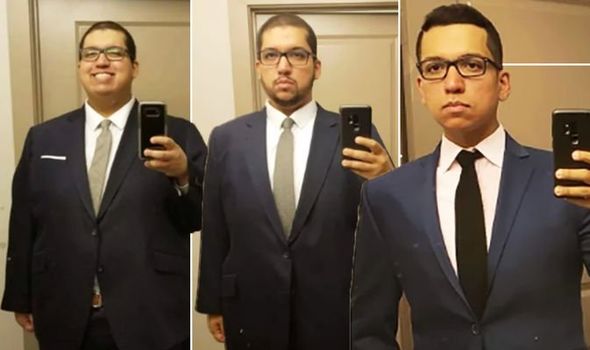 For the transformation, which took just over a year, “biheth” used the low-carb and high-fat keto diet.

Those who follow this plan are required to eat less than 25 grams of net carbs per day and instead eat foods high in fat and with a moderate protein content.

He revealed he combined this with intermittent fasting, which can be done in a number of different ways.

Some people choose to eat all their meals within a set timeframe, such as an eight-hour window, and fast for the remaining hours of the day. 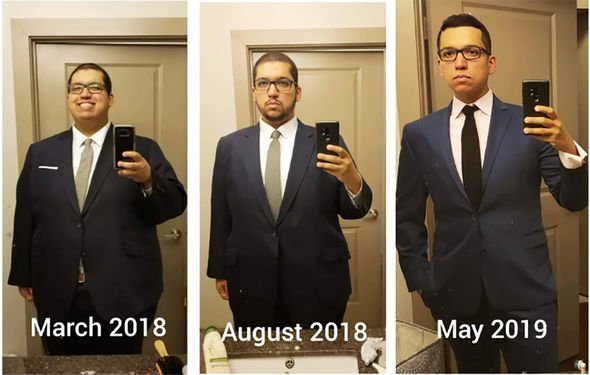 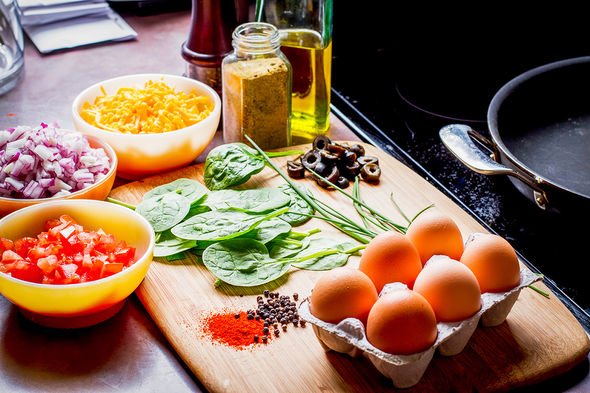 Others will restrict how much they eat on certain days of the week such as those following the 5:2 diet.

Those using this plan must eat only 500 calories on two days of the week.

Another Reddit user recently revealed she slimmed down by an impressive 10st.

She used calorie counting and exercise in order to transform her body.