If looking for a commemorative coin, eBay can be a good place to start, and there are plenty to choose from on the bidding site.

Even though many of these coins are not circulated, it does not necessarily mean they are as rare as sellers may suggest.

Recently, a Johnson Dictionary 50p coin was offered up for bidding with a starting price much higher than face value.

The coin was described as “very rare” and has been selling for £3,000, but those thinking about making a purchase need to be careful for one reason.

The eBay user, “mcdo3628.ytum9”, put the coin up for sale with the asking price of £3,000 but this does not seem to actually reflect how much the coin is worth.

Anyone hoping to get their hands on the coin will be offered free standard delivery, which means the coin arrive by first class Royal Mail post.

The coin was designed by Tom Phillips and released for circulation by the Royal Mint in 2005.

It was created in celebration of the 250th anniversary of Samuel Johnson’s Dictionary of the English Language.

Despite being a commemorative coin, it might not be as rare or valuable as the seller suggests. 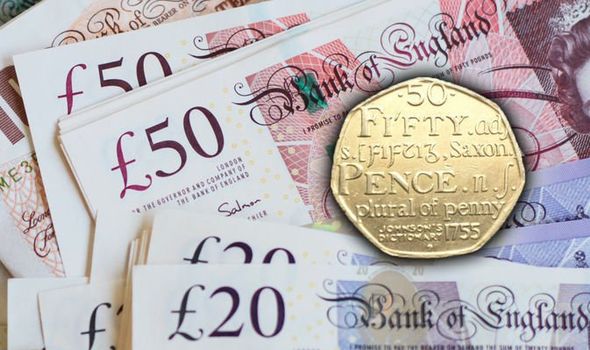 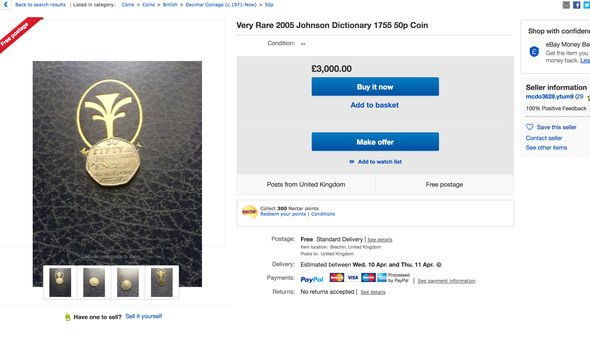 The coin has a mintage of 17,649,000, which means this is how many of the coins were originally manufactured.

According to coin website, Change Checker, this ranks the 50 pence piece as one on the scarcity index which in fact makes the coin common.

What’s more, the coin may only be worth £3, after the coin publication Spend It? Save It? What should you do? gave it this small value.

Although the coin is thought to be worth more than face value, it is still far from the valuation given by this seller.

Those hoping to bag the coin should be careful and checking with a coin expert before making a purchase is recommended. 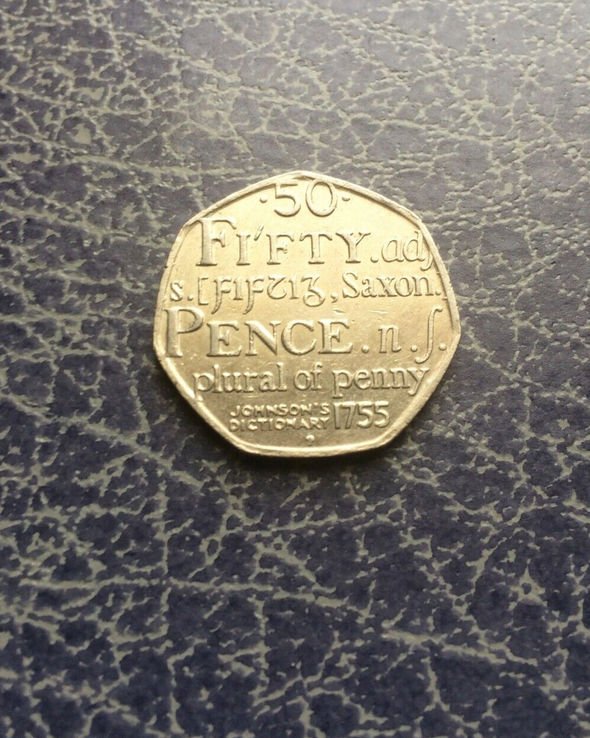 There are lots of “rare” coins on offer on eBay and another one has recently sold for a huge amount.

The Stephen Hawking 50p coin was created to honour the scientist and professor who diet last year and only 400 of the coins were made.

The coin sold on eBay for £900 which is not too far off the mark as the coins were originally on sale for £795 and are now sold out.

A Beatrix Potter 50p coin described as “rare” was recently put on sale for £5000, but it does not appear to be worth the price tag.

The publication Spend it? Save it? What should you do? gave the coin has a value of just £4.

The most rare £1 coins are all part of a series celebrating the British capitals.

The rarest 50p coin is the Kew Gardens coin, which is also the rarest coin in circulation. It there were only 210,000 minted.

It is not so easy to evaluate the rarest 20p coins, 10p coins and even 2p coins as exact circulation figures are not known.

However, various versions of the coins are known to sell for large sums.