Eddie Hall is the former World’s Strongest Man, who is best known for smashing the world record in deadlift in 2016. The 31-year-old lifted half a tonne before passing out – in a move that would see him retire over health concerns. It also forced him to change his mindset and diet and the strongman from Stoke-on-Trent lost more than six stone as a result.

However, The Beast detailed in his book “Strongman: My Story”  how one man who was there the day he made his historic achievement, was also his inspiration for getting into sport 14 years earlier.

“There are no prizes for guessing who my inspiration was. 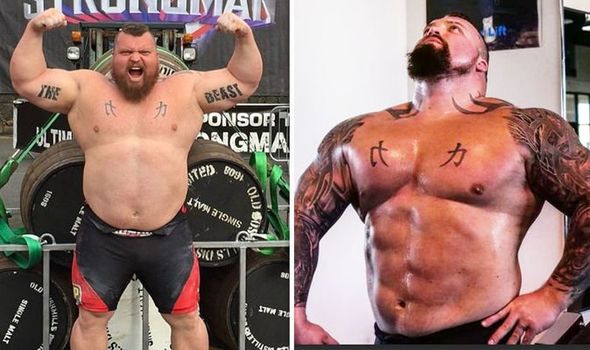 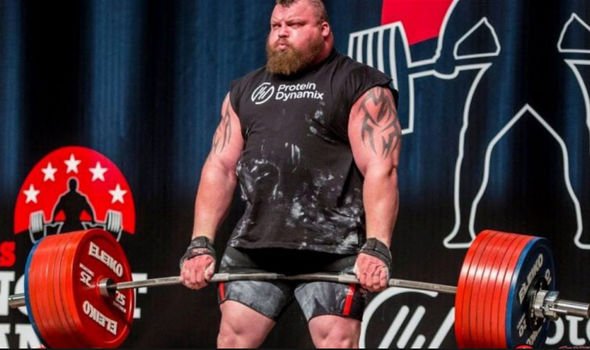 I had a super-strong heart, a massive lung capacity and there wasn’t an once of fat of me

“You remember the scene in the Terminator sequel when he walks up to those idiots and says: ‘I need your clothes, your bots and your motorcycle’.

“Well, I was watching that one day when all of a sudden I thought ‘I could look like that if I put my mind to it’.”

Eddie went on to reveal how he joined a gym as a result and lost a tonne of weight, getting ripped in the process.

He added: “This was a defining moment for me and once again I gathered my parents around me so I could announce my intentions.

“I said: ‘Mum, Dad, I’m going to have a body like Arnold Schwarzenegger.’

“The gym I joined was Total Fitness and even thought I was 14 and you weren’t supposed to lift weights until you were 19. I still managed to blag my way in.

“Everything was in place: I had a super-strong heart, a massive lung capacity and there wasn’t an ounce of fat of me.”

Eddie also revealed during the same book how swimming became a key part of his younger years, where he was selected for the World Class Potential Programme – aimed at getting youngsters on an international platform.

He wrote: “The boot camps themselves were all run with military precision.

“We always got up at 5am and after a nice two-hour swim we’d have breakfast.

“After that, we’d do gym work followed by something like yoga and then we’d break for lunch. 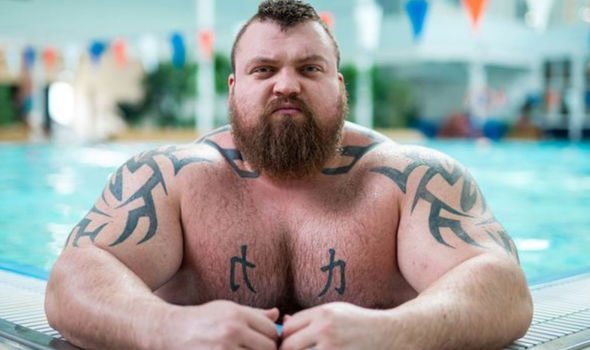 “The afternoons always started with a nice bit of body conditioning and to round the day you’d have another two-hour swim.

“It was the same every day and the discipline was as military in style as the precision.”

However, while the routine may have got Eddie ripped and in shape, he admitted he hated the control he was under.

He added: “This, I’m afraid, is why things really started going belly-up.

“All I wanted to do when I turned up to one of these boot camps was get into a bl***y fight.

“Not a physical fight, but a verbal one.

“Once again, I don’t mind things like rules and discipline, providing you can convince me that they’re all there for the greater good.

“This would have been unthinkable to the coaching staff because as far as they were concerned we were just commodities – teenage swimming machines who are there to work and do exactly as we were told.”

Eddie recently revealed to Express.co.uk how he is using the same cardio exercise to keep the fat off now.

He said in March: “What I do now is I’ve thrown in a couple of boxing sessions a week.

“I do a land-based training session, I do a swimming session, and then I bought a push-bike as well so I’m doing a lot of cycling.

“I’ve probably piled on about five or six hours a week in cardio on top of my weight training.”