Emily Atack, 29, has been open about her weight battle since rising to fame as Charlotte Hinchcliffe on E4 series The Inbetweeners. Just last year, the actress – who first appeared in the comedy in 2008 – revealed she’d previously been told to lose weight for Hollywood roles. “There have been auditions where they’ve said nicely,‘Would you be willing to go to the gym for this role?’, I find it so hard to lose weight, it takes me weeks and weeks of dieting and training just to lose three pounds,” she explained. However, since appearing on I’m A Celebrity… Get Me Out Of Here! last year, on which she came third, Emily seems to have regained her confidence.

I’m feeling good and healthy. I’ve had a good detox.

As part of the series, campmates survived on a diet of rice and beans for three weeks, which unsurprisingly saw many lose weight – including Emily, who lost half a stone.

Speaking of her dramatic weight loss, she gushed:”I’m feeling good and healthy. I’ve had a good detox.”

The actress managed to lose a few inches off her waist, revealing her trousers were much looser than when she entered the jungle.

“These were tight when I came in here,” she explained.

It comes after fears over how she’d appear on screen without her make-up and tan.

“Before the show I was thinking of ways to try and get my body and skin prepared to go make-up free,” she said. 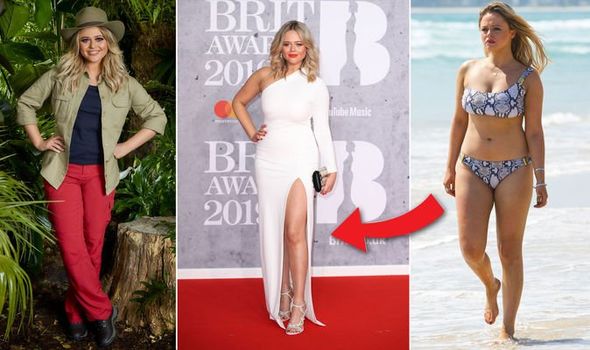 “The second I jumped from that plane and rode on the back of John Barrowman across a muddy lake, it was game over for the glam. There was no going back.

“It was like something switched in my brain, I couldn’t rely on my lashes, and I knew that this experience was going to be unlike anything I’ve ever done before. The freckles had escaped!”

The weight loss and experience of being on the show, has led Emily to finally find acceptance of herself.

Before going Down Under, the I’m A Celebrity star used slimming apps to appear thinner in photos.

She said: “I used to use Facetune to get rid of blemishes and slimming apps because I was scared of being called fat.” 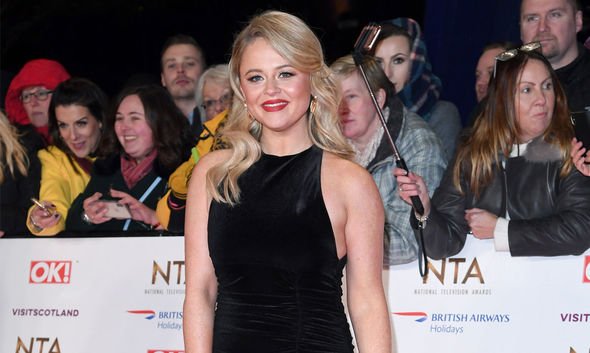 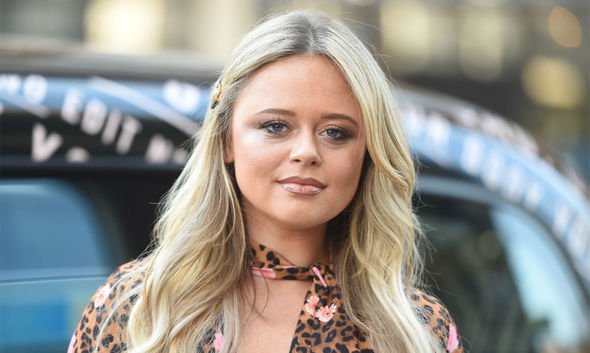 However, since appearing on the show, Emily has vowed to stop using such tools on her photos.

Sharing a post on Instagram, she wrote: “Can’t believe the amount of articles & comments about my bod. Some good, some bad. I will never EVER use a Slimming App ever again. We are all different shapes & sizes. We are all unique.”

Now , Emily is committed to promoting body positivity to her fans, as she sticks to a balanced diet, admitting: “I love food so much, I love cheese and champagne and salads, fries, yum.”

Earlier this year, she hit back after cruel trolls called her ‘fat’ at the Brit Awards.

Taking to Twitter, she wrote: “To all those lovely comments lots of you say to me, thank you from the bottom of my heart.To those who continue to call me fat… have a wonderful evening and then go and f*** yourself. All the best. X”