Gregg Wallace is an English media personality, presenter, writer and former greengrocer. Best known for co-presenting MasterChef UK, Celebrity MasterChef and MasterChef:The Professionals on BBC2 and BBC1. Once upon a time, Gregg described himself as: “Just the fat, bald one on MasterChef who likes pudding” but his famous sweet tooth clearly hasn’t gotten in the way of getting into shape.

Recently, Gregg Wallace shared a beaming shirtless, post-workout selfie  of his six-pack in process with his 32.9K Instagram followers, captioning it as: “Getting there.” Within seconds, fans rushed to comment on the image as they praised him on his transformation.

One fan who goes by the screen name “kezclarke88” commented on the photo: “Wow well done, what does your diet consist of?”

To which he received a cheeky response from Gregg who credited his success to: “Less fat [and] booze.

“Think about cooking with meats such as chicken and pork – all the things that don’t have much fat.

Over the years, fitness has become an important part of Gregg’s life and he has kept fans up-to-date on his progress and journey with exercise posts over Twitter and Instagram. 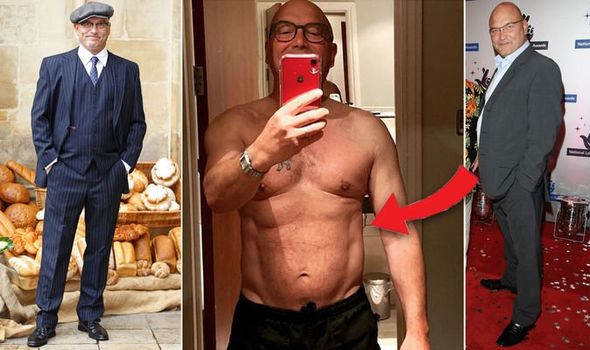 Previously Gregg had shared videos to his Twitter of his workouts routines, and fans were quick to praise the MasterChef judge, with one commenting: “Setting a great example to others.”

Whilst another wrote: “Keep up the good work Greg. Very inspiring!”

Taking to his Instagram Stories, the father-of-three also shared his fitness stats, revealing he now weighs 12st 13lbs and has a body fat percentage of just 18 percent.

In recent years, Gregg has lost an incredible amount of weight – three stone to be precise – after embarking on a healthier lifestyle plan.

A source close to Gregg said: “Gregg has been working really hard to get in shape.

“He’s up at 5am most days to exercise even when he’s filming.

“He’s watching what he eats and [monitors] his alcohol intake … he’s really enjoying his new routine.” 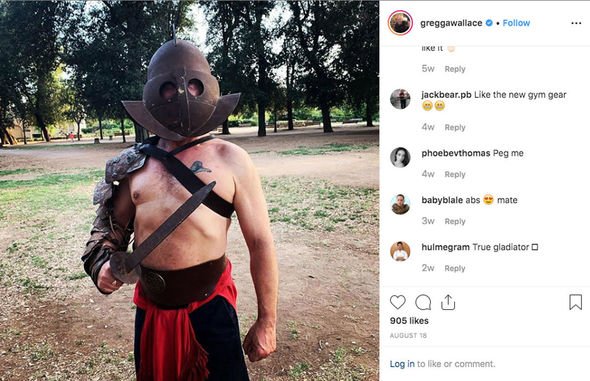 In a past interview with The Sun, he said he started eating healthier versions of his favourite meals to help him lose weight.

He told the publication: “I’m a huge fan of curries, chillies and stewed and it is still possible to lose weight and eat hearty meals.”

Similarly, co-host John Torode has also managed to maintain a much healthier weight by dropping three stone in the past – how did he manage to slim down?

He did it by changing up his daily routine to include eating breakfast in the morning, he said: “The big secret, which somebody told me is the thing that all people who are very, very overweight have in common, is that they don’t eat breakfast.

As well as picking up the breakfast habit, John has started incorporating exercise into his routine to help him stay in shape.