For years experts have warned people about watching what they eat and how much “bad foods” they consume. Portion control is important because it allows people to have a tight handle on how many calories they are eating a day.

This is also crucial for menopausal women as weight gain during the change can lead to excess belly fat in particular.

This is down to reduced oestrogen levels and reductions in metabolism and muscle mass, which are all linked to an increase in body fat, particularly around the abdominal area.

Jackie Lynch, founder of the WellWellWell Nutrition Clinic specialising in women’s health and the menopause, told Henpicked that portion control can help people eat what their body needs, instead of mindlessly overindulging.

She said: “Where people tend to trip up is with larger portions of starch like potatoes or pasta. 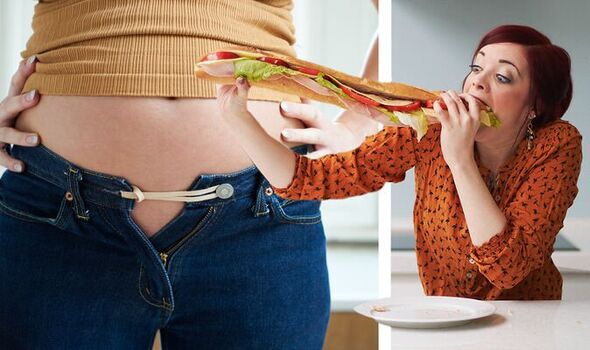 “As we get older, we don’t need to be eating as much as we used to.

Instead, she suggested opting for a fist-sized portion of protein.

“Add one fist of starch and two of vegetables: one of green leafy veg and one other veg.”

The British Nutrition Foundation suggest that for each food group people should aim for:

Fruit and vegetables – five or more portions per day 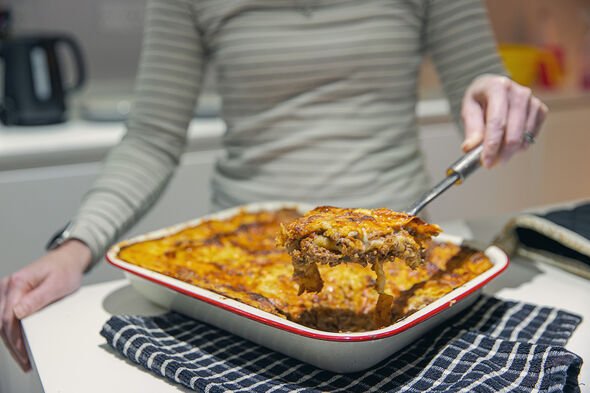 Dairy and alternatives – two to three portions per day

Jackie added that there are also certain foods menopausal women could focus on eating to promote weight loss.

“It’s a good idea to eat foods that activate the satiety response, which tells you when you’re full,” she explained.

“These will be rich in protein and fats. Foods like nuts and avocado are often seen as high in fat.”

But she made clear that a “very low-fat diet isn’t going to help” the cause.

The body will turn excess carbohydrate into fat, and she revealed this is the quickest way to gain weight.

“Obviously you don’t want too much of anything but you shouldn’t demonise fat,” she said.

“Foods with protein often also contain fat, and will keep you fuller for longer.

“I’d encourage you to keep a food diary, as people often don’t realise how much they’re eating.

“It’s all-too-easy to grab something from the fridge without counting that.”