Dr Michael Mosley is famous for his weight loss hacks and diet plans that can burn body fat quickly. And when it comes to curbing cravings, the diet guru has a few tricks up his sleeve.

As a self-confessed chocaholic, Dr Mosley revealed how he resists the urge to gorge the sweet treat on a daily basis.

He said: “We are a nation of chocoholics, eating around 11kg of chocolate a year – one of the highest rates in the world.

“We know that the combination of fat and sugar is bad for us, but we can’t resist. Knowing it’s ‘bad’ may even be part of its allure.”

And while discussing the New 5:2 diet during an appearance on Studio 10 in 2019, he explained he simply removes all temptation. 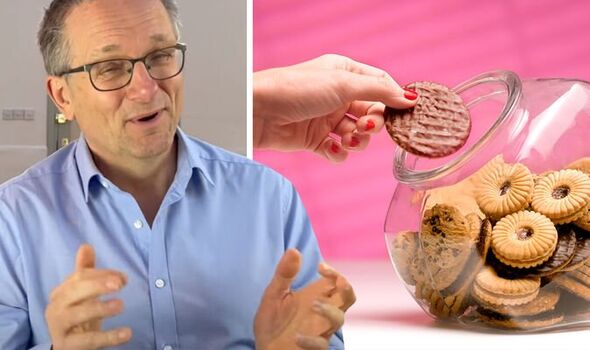 “I keep it out of the house!” he told the hosts, acknowledging it’s easier for him to do so as his wife, GP Clare Mosley, isn’t a fan.

“My wife has no sweet tooth,” he laughed. “She writes all the recipes.

“I know it’s there but I go sneaking around looking for it and never find it.”

Dr Mosley revealed his chocolate cravings strike when he starts to feel hungry.

And for those who share his sweet tooth, it can be very difficult to ignore.

Chocolate is rich in compounds that make people feel good when eating it.

Too much of it can cause weight gain due to it being high in added sugar.

He suggested trying another way to stop craving chocolate – and that’s by pretending to eat it. 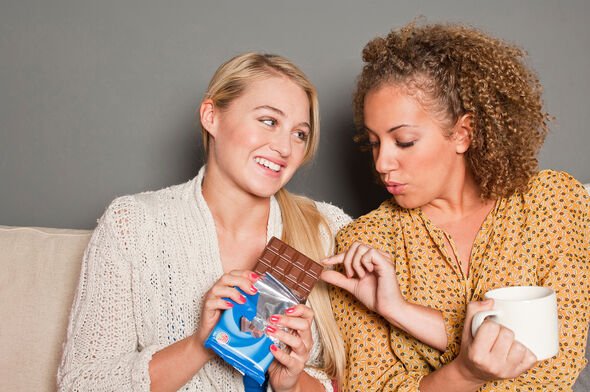 Dr Molsey and his Trust Me, I’m a Doctor team decided to test out the theory during an experiment of more than 200 people, inspired by Prof Carey Morewedge from Boston University.

The first group were asked to imagine eating 30 chocolates whereas the second group did the same thing but with three chocolates.

“Once they’d done this we asked everyone, separately, to fill in a complicated form. But here’s the sneaky thing – we weren’t interested in what they wrote on the form,” Dr Mosley said.

“We really wanted to see how much they ate from the bowls of chocolate we had left casually on the table where they were filling in their forms.

“The volunteers had no idea that they were being monitored. Prof Morewedge was betting that the group who had just been asked to imagine eating lots of chocolate would eat less. The more they had imagined and mentally savoured, the less they would actually scoff.

When people try to suppress thoughts it tends to activate them, explained the weight loss expert, so rather than fight the craving for chocolate people should “force themselves to repeatedly think about tasting, swallowing and chewing the food you crave”.