Losing weight is something which may be recommended to a person for the good of their health. Others may choose to slim down and tone up in order to gain strength. That’s something which Vicky Fleetwood has plenty of experience in, being a sport and exercise science graduate, personal trainer, and diet and nutrition specialist. On top of that, the 28-year-old played for England during the 2014 Women’s Rugby World Cup, scooping a win, and was selected again three years later.

Recently, Vicky, who is an ambassador for leading mouthguard provider OPRO, spoke to Express.co.uk during an exclusive interview.

Sharing some top fitness tips, Vicky revealed how to transform belly fat into a toned physique.

First, she explained that it’s what you eat which will really affect the success of your results.

“That’s the main thing where diet is key,” she said. “You’re not going to get a six-pack just from doing sit-ups.

“Obviously if that’s something you’re striving for and you’re really looking to lean up around there, then most of that is going to come from your diet, which is why that’s so important – alongside doing your training as well.”

When it comes to the work outs themselves, what does Vicky suggest?

When planning your training routine, she explained it was worth adding in body weight, free weight or machine weight exercises, in order to tone up. 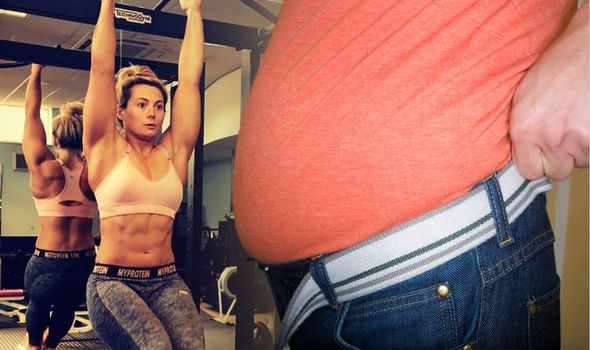 So, what should you be eating when it comes to diet?

Protein is an important food group to think about when it comes to deciding what meals you’ll eat.

However, Vicky issued a warning about a high-protein diet. “You want it to be high in protein, but at the same time, you don’t want it to be an excess of protein because there’s only so much that your body can actually use. The rest, your body will excrete.

“You can get a formula online for what will be perfect for you.”

“Protein is really really good for keeping that hunger at bay,” she added. “That will help with those cravings throughout the day.”

Vicky trained to become a personal trainer after graduating from university with a degree in sport and exercise science.

But it was in her teenage years when she discovered her love for rugby, after the school offered the sport to both girls and boys.

Before switching to rugby union, the athlete had been a number 1 junior hurdler. 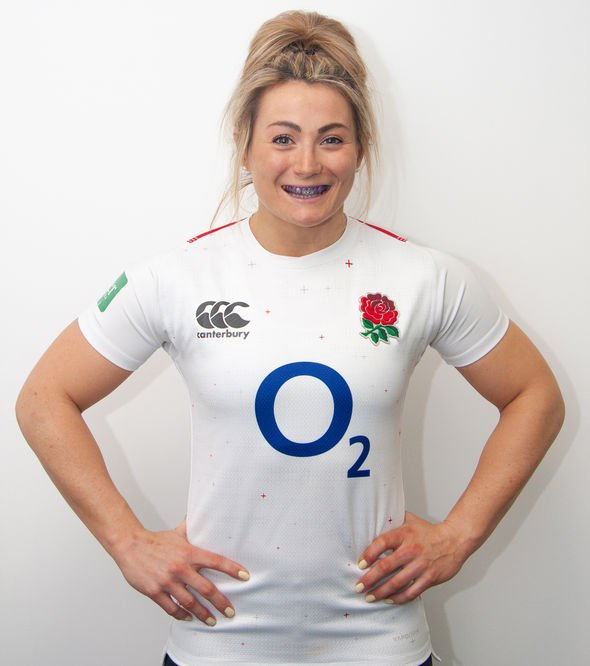 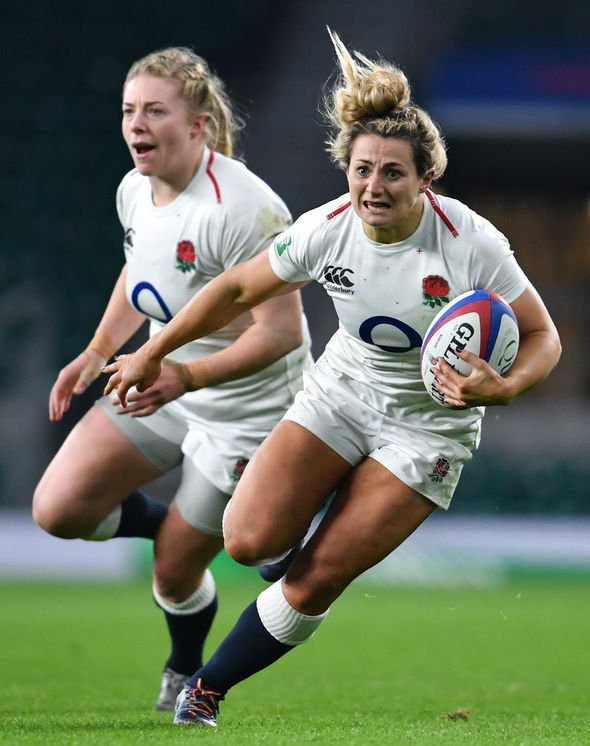 Despite being keen to play the sport, she was left having to travel for miles in order to train – due to her club being based 45 minutes away.

“Over the years I’ve noticed a huge difference from when I first started playing to now, and the accessibility of rugby clubs [for women],” she explained.

“I always had to travel quite a long distance to get to a rugby club when I was younger.

“Thankfully my parents took me here there and everywhere to play for a decent enough team, because right from the start, I knew that I wanted to play rugby.

“I was really enjoying it and I really wanted to play for England, and I needed to improve and be at a good club to do so.”

Vicky went on to discuss the “huge shift” she’s seen since the Rugby Football Union made efforts to ensure rugby is a sport is more accessible for girls and women following the success of the 2014 World Cup, as well as improved coverage of women playing the sport.

“There’s so many more clubs that are available, there’s far more competitions that are going on,” she said.

“I’ve noticed a huge shift just over the last 10 to 15 years in how it’s grown. When I first started there was a lot of comments about how girls couldn’t play rugby, or shouldn’t play rugby, and now there is a lot more backing of sponsors and there’s a lot more fans who are involved and wanting to come and watch games and support us as well.

“It’s definitely shifting and heading the right direction. Year on year we’re getting more and more supporters to our games which is really awesome for improving the women’s game.”