After losing weight, it is no surprise some people will use social media to show off their impressive transformations. Posting on Reddit, one woman said she used a diet plan to shed 5st 8lb and she slimmed from 16st 1lb to a healthy 10st 7lb. The dieter explained following an intermittent fasting diet plan helped her to get into shape.

The Reddit user “Jennigia” showed off her incredible transformation by posting pictures before and after she slimmed down.

She told other users she is 32-years-old, 5ft 6in and the transformation took her around two years to complete.

“Jennigia” used a form of the simple intermittent fasting diet plan in order to shape up. 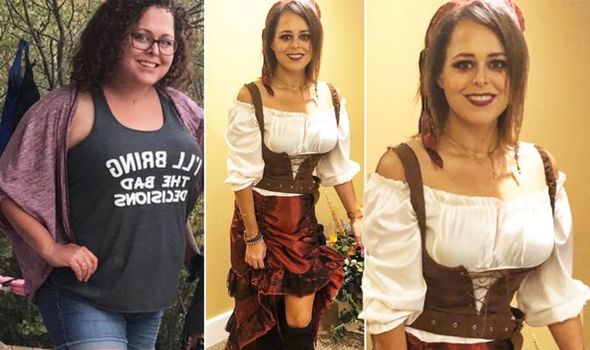 She said: “It’s unreal and amazing and I love my progress. It’s been a long journey but worth it all. Thanks to intermittent fasting 18:6.”

What is intermittent fasting?

Intermittent fasting is a plan where slimmers will limit when they eat to certain times or day of the week.

Harry Aitken, sports scientist and PT, told Express.co.uk: “Intermittent fasting is a dietary technique in which all food is consumed within a relatively small window of time.

“Fasting is going for a significant period of time without eating, and intermittent fasting simply brings in a small window of time where you are able to eat.”

A popular method of the diet is the 16:8 plan where slimmers will fast for 16 hours a day and eat all their meals within the eight hour window.

Others will limit how much they eat on certain days, such as the 5:2 plan where dieters eat 500 calories on two days of the week and eat normally for the remaining five.

The Reddit user explained she usually fasted for 18 hours a day, giving herself a six hour window to eat. 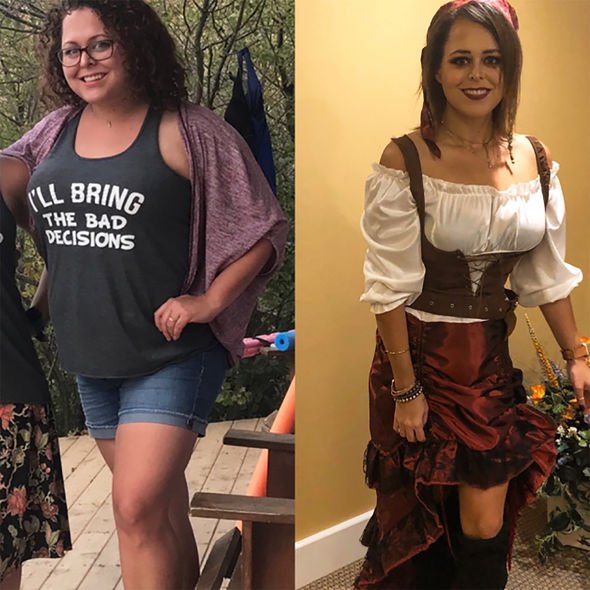 The slimmer said she did not change anything else in her lifestyle to slim and was not too strict when following the diet.

“I feel better when I fast but I’m also not strict. If we got a party or I’m going out I eat whatever.

“If I’ve had a really tough week I’ll do omad but otherwise I try to stick to eating between 12 and six.” 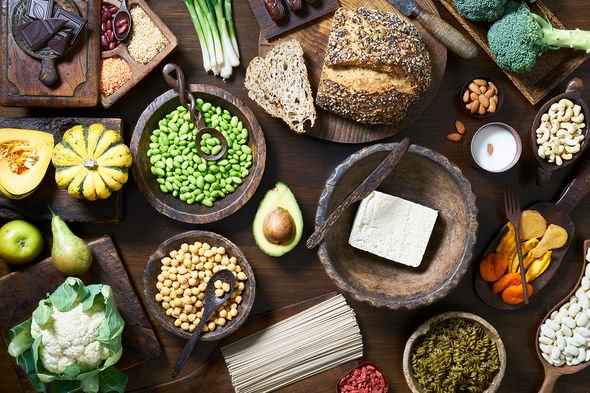 “Jennigia” said she would sometimes follow OMAD, or One Meal A Day, where she would fast for most of the day and eat all her daily calories in just one sitting.

Jennifer Aniston has previously opened up and explained she has used intermittent fasting to stay in shape.

The actress said she combined the eating plan with regular exercise and tries to go to the gym every day.