In a post shared on Reddit, the man was ecstatic to reveal he had lost an incredible 175lbs – that’s an impressive 79 kilograms – in 13 months. Ethan, known online as “u/3995346” shared that he still can’t believe the transformation he has gone through. Commenting on his recent post he said: “I keep thinking I’m going to wake up and still weigh over 400 lbs.” He revealed to his followers online that he lost weight by changing his diet to a more balanced one and incorporating light exercise into his daily routine.

However, the biggest credit to his incredible weight loss has been – the keto diet.

In response to questions about his diet in a thread on Reddit, Ethan he wasn’t “done losing this fat yet” and revealed his dieting process: “I do one meal a day and aim for 1650 to 1850 calories, 20 net carbs and 180 to 200 grams protein and the rest fats.

“The key for me is carefully monitored calorie deficit, being in ketosis, doing OMAD (one meal a day), working out with restraint bands to muscle failure in a fasted state and eating [food] super high in protein.”

He urged others to take their time, and start off slowly when introducing exercise to daily routine: “All you need [to do] is 10 minutes of high resistance bands every single morning … except Sunday’s.

“Take Sunday and allow yourself to rest, reward yourself for your focus and determination, after all, you’ve taken the first step.” 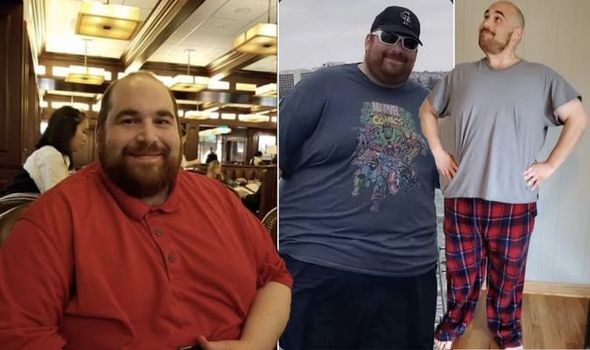 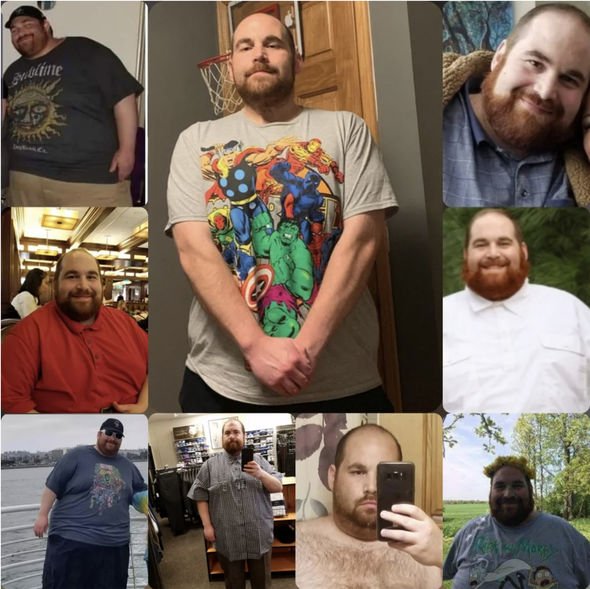 He claimed online that keto diet has allowed him to “reclaim” his life and he has managed to gain several other health benefits at the result of the diet.

In a separate post he revealed: “My asthma is reduced, I am no longer pre diabetic and I’ve reversed [the effects of] fatty liver disease.

“I can see muscle for the first time in my life. This diet has changed my life.”

His approach to the keto diet is very similar to that of others who had previously found success using the diet.

Ethan is disciplined and revealed that he has also adopted the one meal a day approach to help him reach ketosis: “I eat steak to ensure I’m in a deep state of ketosis – very little carbs in a pound of filet mignon dripping with butter, a few ounces of mozzarella, and some eggs.” 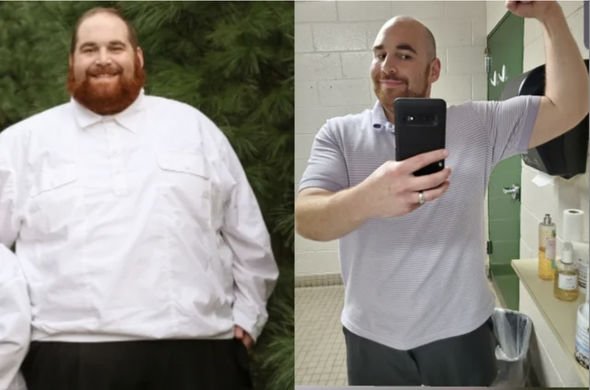 The Reddit poster explained he hadn’t finished his weight loss journey and added: “The end goal is to loose 200 pounds in total.

“Then start eating a calorie surplus with carbs and doubling my weight lifting workouts to build muscle and gain 30 pounds, then back to a calorie deficit to lose the 30 pounds of fat again and keep the muscle.”

The keto diet has become wildly popular in recent times and is currently ranked as one of the most googled diet plans on the web.

In normal circumstances, the body’s cells uses glucose as a primary form of energy. Glucose is typically derived from dietary carbohydrates, including:

Sugar – such as fruits and milk or yoghurt

Starchy foods – such a bread and pasta

When the body does not have enough glucose for energy, it burns stored fats instead, this results in a build-up of acids called ketones within the body. Ketosis is a normal metabolic process.

Some people encourage ketosis by following a diet called the ketogenic or low-carb diet.

Some diets aim to create a metabolic state of ketosis to facilitate weight loss. Ketosis diets can be referred to as ketogenic diets, keto diets or low-carbohydrate diets. However, the diet itself can be regarded as a high-fat diet with around 75 percent of calories derived from fats.

In contrast, 20 percent and five percent of calories are gained from proteins and carbohydrates. Adhering to the ketogenic diet can lead to short-term weight loss.