Pork belly is one of those super-trendy foods you see when scanning a menu that practically makes your “what should I order tonight?” decision for you. Although there are so many different ways to eat pork, this is one of the most versatile. Even if you’re a pork connoisseur, you might still have some things to learn about this particular cut of the meat. Let’s break it down.

What is pork belly?

Pork belly is a fatty, boneless cut of meat that comes from the belly of the pig.When kept whole, the cut looks like a brick of meat with a thick layer of flat running along the top and smaller layers of fat marbled throughout. The function it’s possibly most famous for? Bacon! When pork belly is stripped of its fatty outer layer then smoked, cured, and sliced thinly it becomes what we know as everyone’s favorite sizzling breakfast food.It’s traditionally used in Asian, Hispanic and Northern European cuisines where it plays both a starring role (like in a pork belly bao) and a salty add-on to other dishes (like pancetta).

It’s salty, it’s meaty, and it’s hearty. When kept whole, pork belly has an incredibly rich flavor thanks to the thick layer of fat that runs along the top. When cured and smoked, it’s packed with the irresistible umami flavor that makes bacon so tempting.

How and where can you buy pork belly?

Finding pork belly is easier than you might’ve thought! It can be bought in a whole slab form your local butcher or grocery store or purchased pre-sliced in bacon and pancetta form. Or shop below from some of our favorite online meat purveyors. 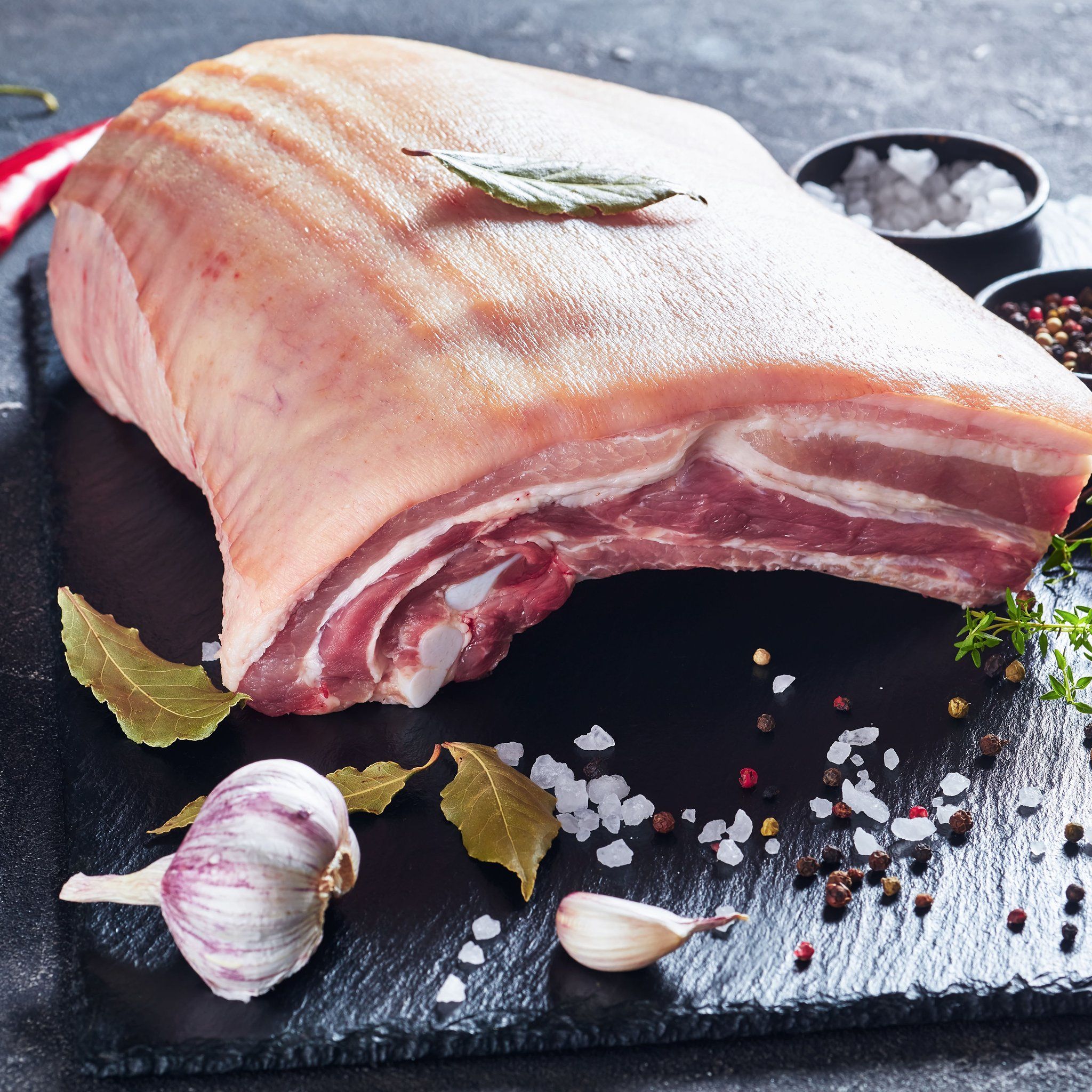 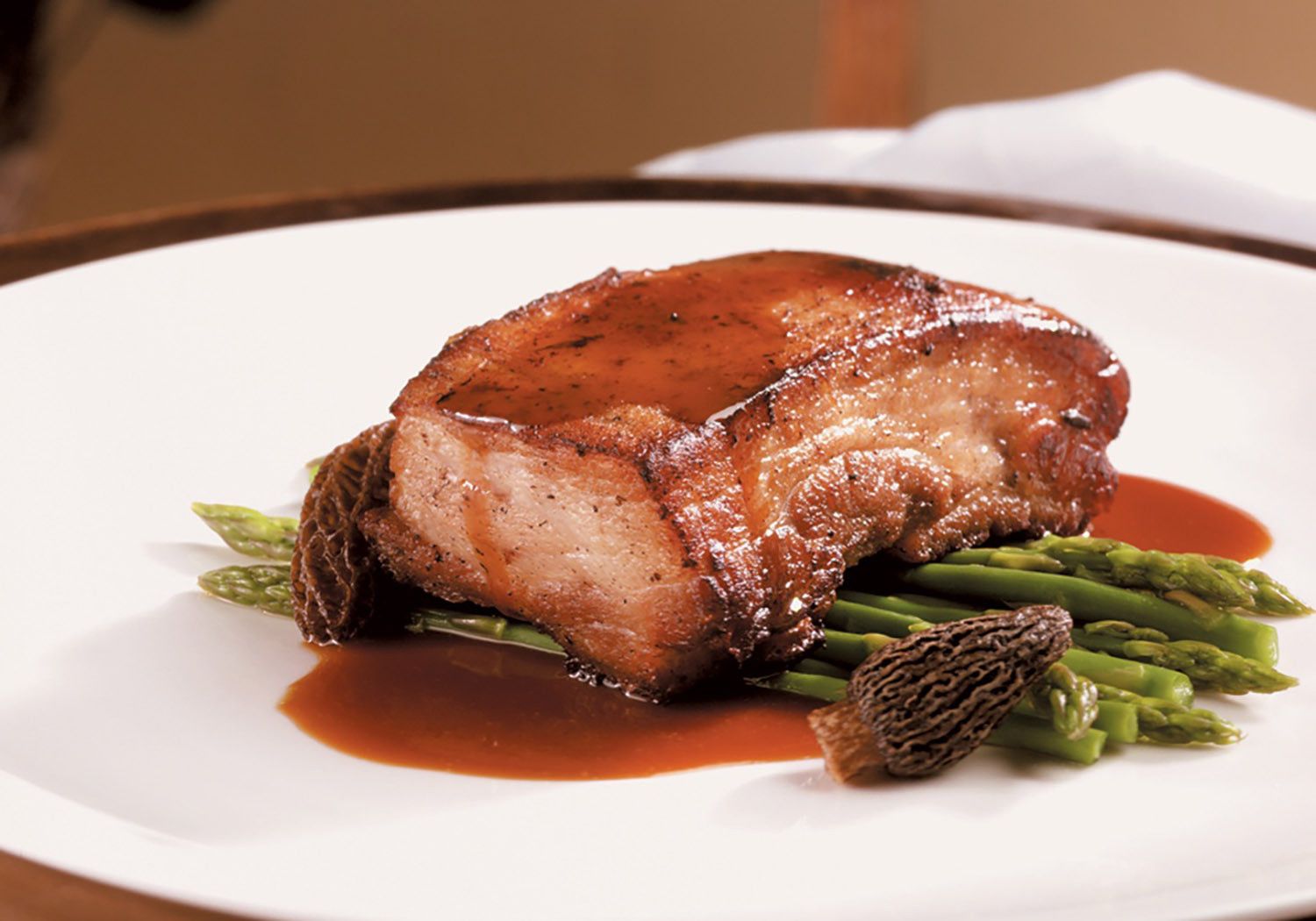 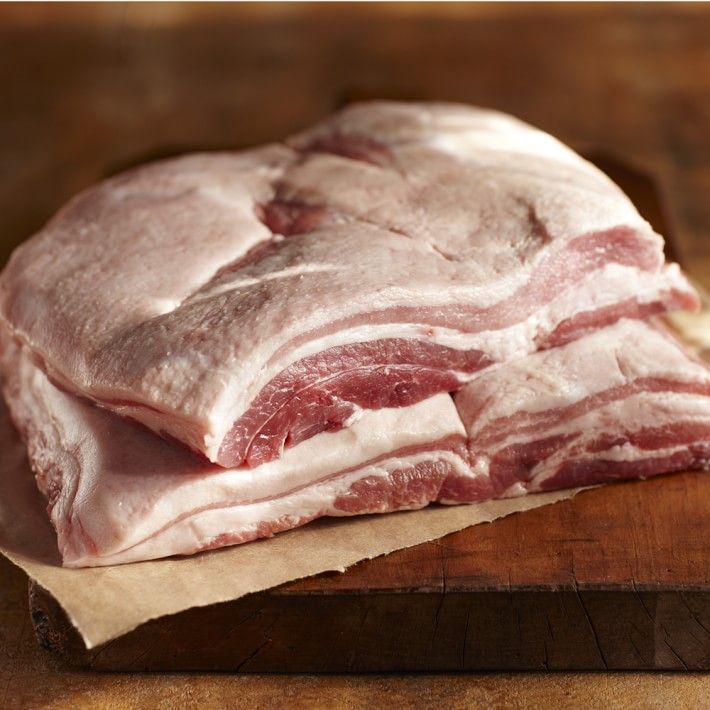 How do I cook pork belly?

Pork belly performs quite well when cooked low and slow. The connective tissue in the meat needs time to break down slowly, allowing the fat to render out and the meat to become fork-tender. For best results, score the fat on the top with a knife, sprinkle with salt and pepper or your own spice rub, then sear until super crispy. Transfer the meat to a Dutch oven and allow it to braise (crispy skin side up) for a few hours, until the pork reaches an internal temperature of at least 145 degrees and the meat pulls apart.

How do I store pork belly?