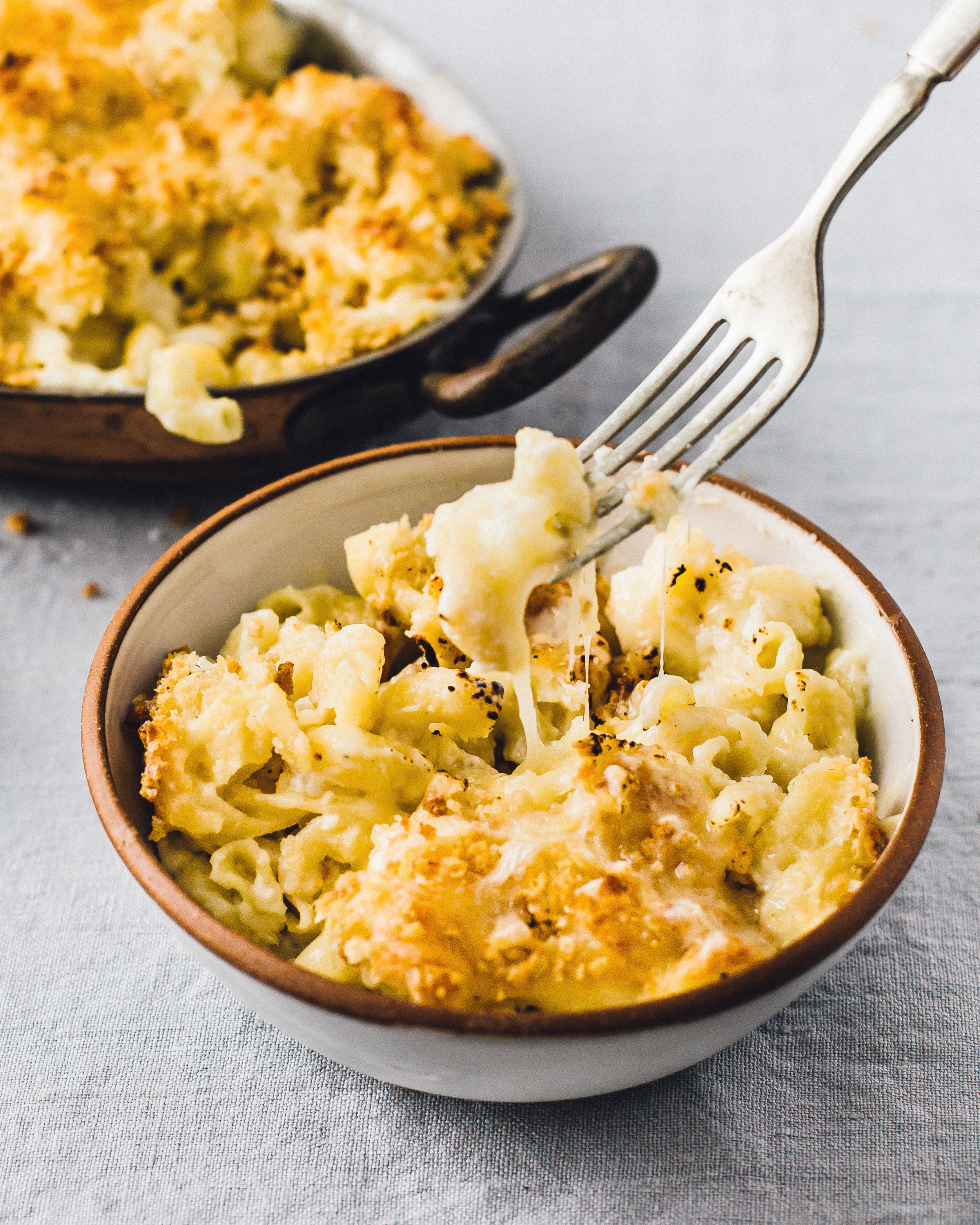 A few months ago I pitted four of the most popular mac and cheese recipes against each other in a celebrity recipe battle. Although I did ultimately crown a winner (Alton Brown!), I mentioned that none quite stood up to my all-time favorite mac and cheese, which is my sister’s version, dubbed by my family as “Maddie’s Mac and Cheese.”

This mention did not go unnoticed by you, our readers, who wrote in to request the recipe for Maddie’s cheesy pasta casserole. So without further ado, here it is: the baked mac and cheese that my whole family swears by.

Too often, baked mac and cheese casseroles are reserved for weekend dinners or even holiday tables. This recipe is set up so that you can make it on even the busiest night of the week (which, let’s be honest, is when we’re really craving the comforting dish). You don’t have to make homemade breadcrumbs, finely chop an onion, or temper an egg. All you have to do is boil some noodles, grate some cheese, and make a simple béchamel. What makes it so special is that each component is thoughtfully planned out. 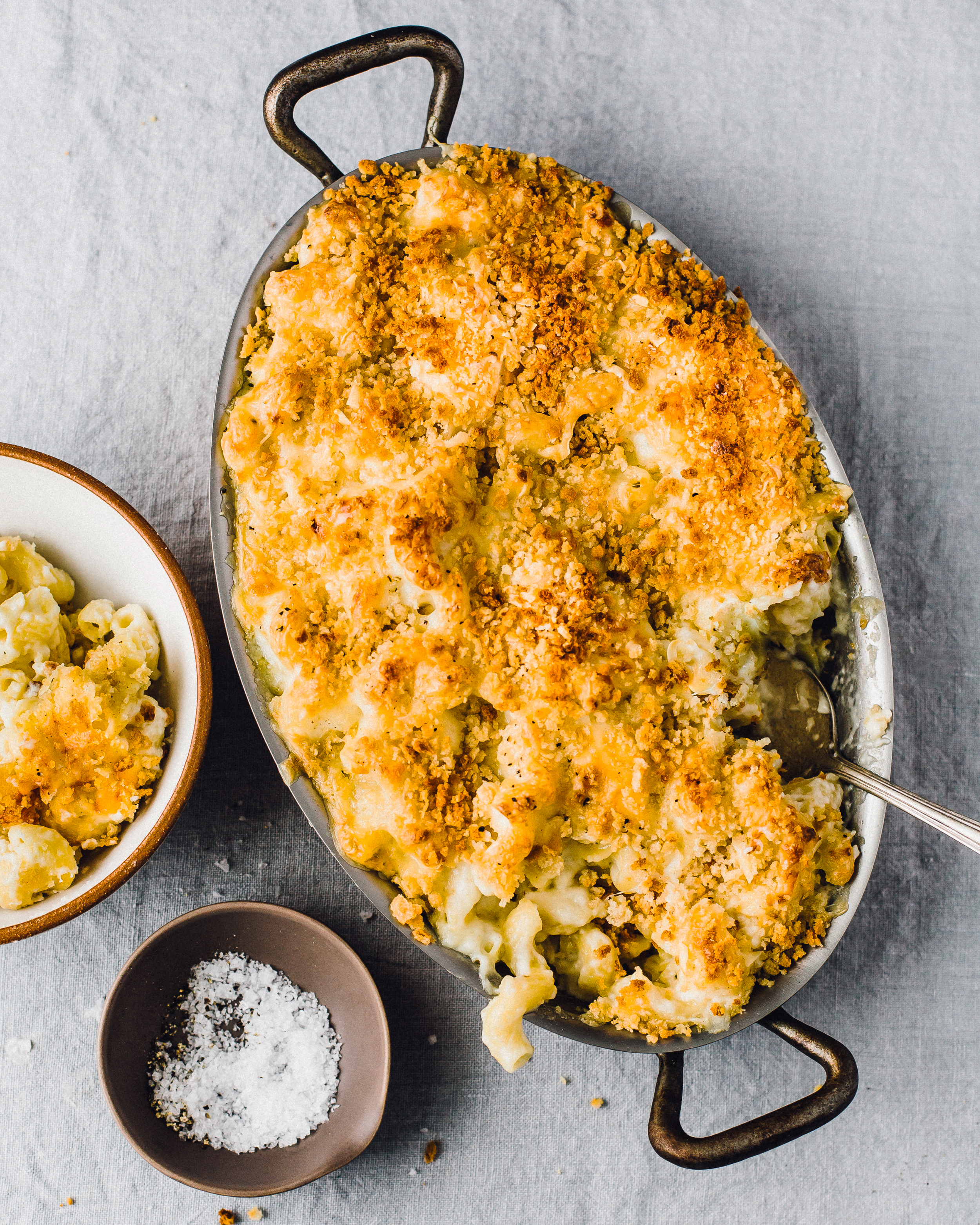 4 Smart Secrets That Make This Mac & Cheese So Good

1. The cheese: The best mac and cheese recipes employ a mix of sharp, nutty, and melty cheeses. For this reason, Maddie likes sharp white cheddar for its flavor, shredded Parmesan for its salty, nutty kick, and fontina for its great melting abilities (read: cheese pulls galore).

2. The béchamel: Maddie’s béchamel employs a smart technique that makes for a foolproof sauce every time: warming the milk in a separate saucepan before adding it to the roux. Because the milk is already warm, it quickly and more seamlessly mixes with the roux to create an impossibly creamy and perfectly thick sauce every time.

3. The topping: A lot of mac and cheese recipes ask you to toast the breadcrumbs before piling them on top of the noodles. Not this one. Instead, you’ll toss panko breadcrumbs with melted butter and a pinch of salt, then sprinkle them on as is (but not before adding more cheese on top of the noodles). As the casserole bakes, that extra cheese melts into the casserole, and the buttery breadcrumbs toast until beautifully golden-brown, adding delicious crunch to every bite.

4. The vessel: Maddie’s Mac and Cheese bakes in a 2-quart baking dish (as opposed to the standard 3-quart, or 9×13-inch, casserole dish), meaning it will easily serve 4 to 6, but you won’t be left with an obscene amount of leftovers. Because, let’s be honest, mac and cheese is best when it’s warm and bubbling and served straight from the oven.

Make ahead: This recipe can assembled and refrigerated up to 2 days ahead before baking.

Storage: Leftovers can be stored in an airtight container in the refrigerator for up to 5 days.