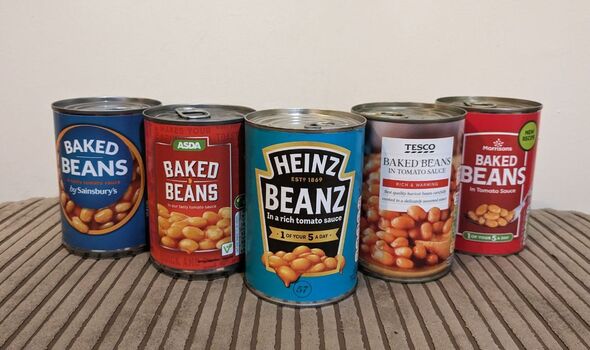 As households battle with the rising cost of living, I tried supermarket own-brand baked beans to see how cheaper alternatives fared against the famous Heinz Beanz.

Switching to own-brand products is a simple yet effective way of saving money on your shopping bill.

But are they any good?

Last year, I pitted HP Sauce against supermarket own-brands and found one that rivalled the iconic sauce but cost only a fraction of the price.

Now it is Heinz’s turn to face the music.

Hopping on my trusty bike, I headed to Tesco, Asda, Sainsbury’s, and Morrisons to purchase their beans.

Upon returning home, I prepared some toast and got down to “beanzness”.

Here are my findings:

The American food processing company began making its iconic beans in 1886, and since 2008, they have been sold in the UK under the name Heinz Beanz.

I picked up a tin for a whopping £1.40; while that might not sound outrageous, it is when you compare it to the price of some of the other beans.

What can I say that you do not already know? Nothing, probably.

Its orange-red sauce has the perfect consistency, and its tomatoey taste is magnifique.

It is the perfect meal for breakfast, lunch, dinner, supper, a snack, and of course, a campfire.

Can Heinz be matched or even beaten? I hope so, because otherwise, the whole “own-brand” debate is in jeopardy.

Yes, there is a lot riding on this taste test.

I paid a reasonable 50p for Tesco’s own-brand beans.

Right from the onset, I could tell a difference between Heinz and Tesco.

The beans are lighter in colour, and the sauce is runnier.

After tucking in, I was neither blown away nor disappointed.

The beans are not as tomatoey as Heinz, and in general, there is less flavour.

However, for the price, they are decent, and you could always enhance the taste by adding some ketchup or spices.

At 37p, Sainsbury’s baked beans are the cheapest of the lot, and boy do they compete with Heinz.

The sauce is a dark orange-red and has a thicker consistency than Tesco, but not as thick as Heinz.

When it comes to its taste, it is similar to Heinz—nice and tomatoey—but is slightly sweeter.

While this is one point lower than Heinz, it is a whole pound cheaper, so from now on I will be popping to Sainsbury’s for my baked beans.

I forked out 49p for Morrison’s own brand.

After slapping the beans on my toast, I sat at my dining room table (my sofa) with my head in my hands.

But I am glad I did—well, that is what I would have said had they “bean” any good.

The beans are darker than Tesco’s but lighter in colour than Heinz and Sainsbury’s.

When it comes to the sauce, it is too runny.

Anyway, it was time to taste them.

After eating a mouthful, I was disappointed.

Where is the flavour? Fine, there is some, but it is mind-numbingly boring.

That being said, you could add something to the beans to give them flavour.

4/10—unsatisfactory—I will not be recommending these beans to Jack.

I handed over 50p for Asda’s baked beans.

They are a similar colour to Morrisons, but thankfully that is where the comparisons end.

There is a tomatoey flavour there, but it is distant but definitely there.

It is slightly too runny, but is that even a negative? I have been portraying it as a strike against the beans throughout this piece, but you, the reader, might like that.

Finishing on a fairly positive note, I would give Asda a 6/10.

Heinz are the best, but we already knew that going into this.

However, Sainsbury’s does a tremendous job, and it only costs 37p.

Stay tuned for my next taste test, if you have any suggestions, pop them in the comments.