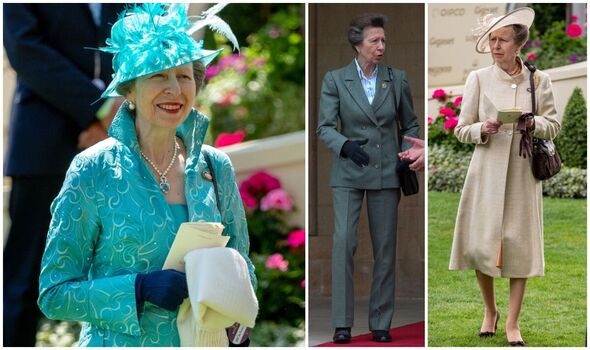 Princess Anne, a grandmother of five, looks amazing at 72 years old. She is often described as the “perfect royal”, which will be examined in a documentary tonight at 6:10pm on Channel 5. What diet does the Princess Royal follow to achieve such an impressive figure?

Charlotte Norton, the Medical Director at The Slimming Clinic commented to Express.co.uk to explain.

She said: “At any age, maintaining a healthy weight is always important, however as people get older, it does get more difficult. The fact that Princess Anne exemplifies good health shows that she must lead an active and healthy lifestyle.

“While the usual weight loss rules would have applied, such as burning more calories than she consumed, eating lean meat, reducing sugary foods with little to no nutritional value and avoiding fad diets, there are additional things that I believe Princess Anne would have done.

“As you become older, you lose muscular mass. Strength training can help to compensate for this. Princess Anne is arguably one of the busiest royals and is known to lead a very active lifestyle with occasional horse riding.”

What are Princess Anne’s favourite foods?

Charlotte explained: “We know that the Princess is also a fan of smoked herring – a great protein-rich dish. As I mentioned, as we grow older, we’re in danger of losing muscle mass – protein helps with weight loss efforts since it keeps you fuller for longer.

“Other foods that I imagine she eats regularly are salmon, whole eggs, and grass-fed beef (to name a few).”

According to the expert, it’s the portion size and times of eating that are really important when it comes to weight loss.

She added: “I also believe that Princess Anne would be consuming a greater number of smaller meals and snacks throughout the day – not going any longer than three hours without eating.

“At the age of 72, it would be normal to assume that your metabolism is sluggish and starvation would only slow it down further.

“Lastly, I am certain that she drinks plenty of water. Usually, thirst can be mistaken for hunger. We all know that the late Queen loved a cup of tea, so it wouldn’t surprise me if her daughter adopted the same habits. Tea is still hydration!”

Did Princess Anne lose a lot of weight when performing in the Olympics in 1976?

Charlotte continued: “Princess Anne was noticeably very slender during the 1976 Olympics and I imagine the training, preparation and specific diet plan would have aided in weight loss.

“Being a royal, I imagine for such sporting events, you’d be given a diet plan to ensure you’re consuming enough calories to counteract the amount of exercise and training.”

What other forms of exercise does Princess Anne enjoy, as well as horse riding?

Charlotte added: “As well as horse riding, I have seen that Princess Anne does enjoy country walks. While walking is often overlooked in terms of exercise, it actually has heaps of benefits.

“A walk a day assists you in maintaining a healthy weight whilst reducing the chances of developing heart disease, stroke, colon cancer, or diabetes.

“It’s also known to prevent osteoporosis and osteoarthritis by strengthening the bones. So, there is really no surprise that she is the epitome of health at 72!”

The documentary “Princess Anne: The Perfect Royal” will air at 6:10pm on Channel 5.